It looks like an early build and indeed the video is called ‘Sonic 4 Alpha Splash Zone‘. But too pass judgement on what I have seen, I Can’t say I’m impressed with it…

While I’m not really sold on those graphics, which seem bit cheap! My biggest gripe would be that the physics look totally off.  Sonic picks up speed far to quickly, the jump looks floaty and at one point Sonic stands still on the side of a cliff…  But again, it is an Alpha build, I hope we can expect all that to be fixed by release.

One positive thing to note, the ‘infinite run animation’ makes a return and the level designs look nice, clean and colourful.

I’m starting to feel sorry for Sega, they clearly cannot catch a break with those leaks! I really hope the best for this game.  For everyone’s sake! 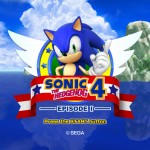 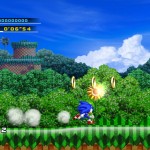 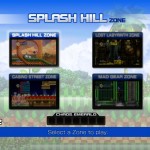