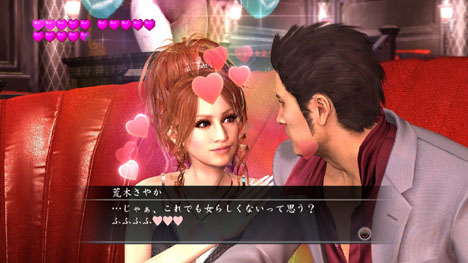 I played the Yakuza 3 Japanese demo for quite awhile and noticed some stuff that was missing from the US demo. First of all the arcade section was missing AnswerXAnswer arcade mini-game.

Then I also noticed that they took off hostess bar section. You can’t try it out in the demo, leading me to believe it is not going to be in the full game since the US trophy list that was just released is missing the 2 hostess trophies. This also confirms a rumor that came out a few months ago saying that the western release wouldn’t have the hostess sections in it.

Why did SEGA edit out hostess content from this game and not the others? No idea.