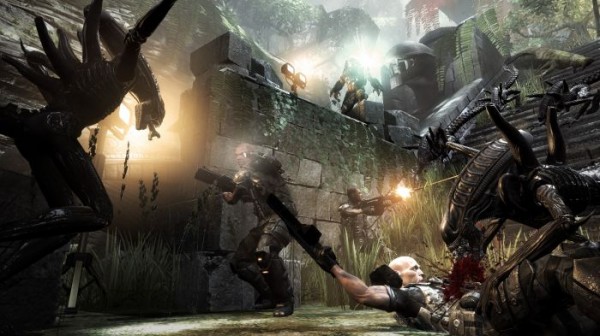 Jason Kingsley, CEO of Rebellion, has stated that Aliens vs Predator has been a huge success for the company, so much so that they are already in talks with SEGA to do a follow-up game.  This doesn’t mean support for the newly release title is over, they are still planning some DLC.

“We’re also in discussions with Sega about ongoing support for AvP, and also about a sequel to the game,” – Jason Kingsley

Hopefully if SEGA is going to publish another AvP game, that they don’t forget about Aliens: Colonial Marines.

How many people downloaded the AVP demo?
360 Aliens vs Predator PC PS3