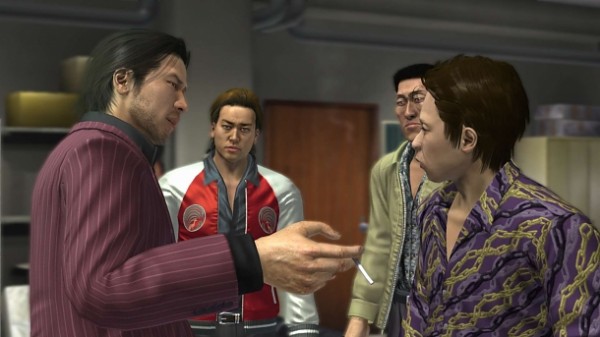 Eager fans of the Yakuza series will soon get a chance to try out a segment of Shun Akiyama’s (Picture up top on the far left) story and several minigames in Yakuza 4, with the demo being announced for March 5th. But if you feel you want to take down punks with the Dragon of Dojima or want to try out the two new characters, there is a battle mode also available to try out all four characters. In a bit of older news, SEGA announced a new minigame “Let’s Make a Fighter” a play on SEGA’s “Let’s Make a X” sports series in Japan. You get to train fighters as Saejima (The long haired and big assassin) and help them try to make it all the way to the top, if they can become one of the top fighters in the tournament, you get to use them in tag team tournament battles, sounds good!