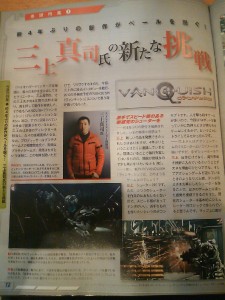 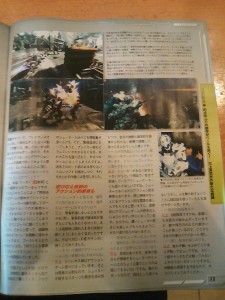 The Famitsu magazine (same one that showed the new Project Diva game) also has an interview with Shinji Mikami, director of Vanquish. He confirms that the game will be out by Winter 2010 (at least in Japan) and that it is not a ‘normal’ shooter. You won’t be shooting humans, only robots.

One thing I do see in the magazine though, is that it is a multi-platform game, not an exclusive as rumored before. Maybe this PS3 port will be better than Bayonetta? I hope so. Also screens make it look like a fast paced 3rd person shooter.