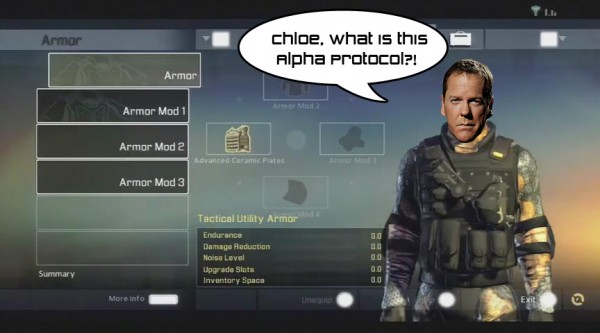 Tick-tock! The clock is ticking for Alpha Protocol’s marketing campaign. It seems that it will start tonight on 24. I usually dislike how SEGA markets their games, but this seems to be pretty fitting way to start it.

If you did not know, Jack Bauer was one of the influences in choices you can make. He was the ‘aggressive’ character. The other two influences were Jason Bourne and James Bond. Connection? All their first names start with J.

Alpha Protocol is coming out in the United States on June 1st on the PC, PS3 and Xbox 360.