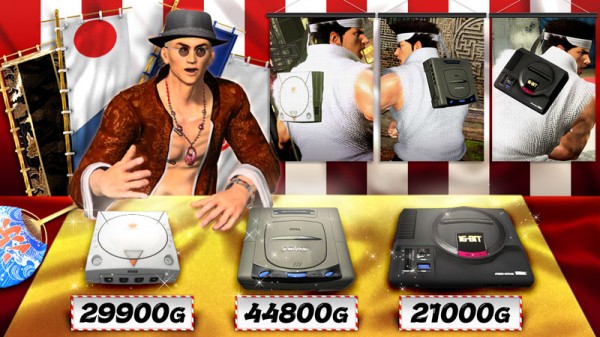 Even though SEGA is preparing for the upcoming Virtua Fighter 5 Final Showdown, does not mean it will stop adding stuff to Virtua Fighter 5R. SEGA updated VF5R this month, with classic SEGA consoles.

The image above shows the prices of the consoles, which can be used on your characters back. The prices for the in game items are the same price as the real consoles when they launched in Japan. Of course, you buy the consoles with in-game currency.  Make Akira look like Segata, with a Saturn on his back? Brilliant!