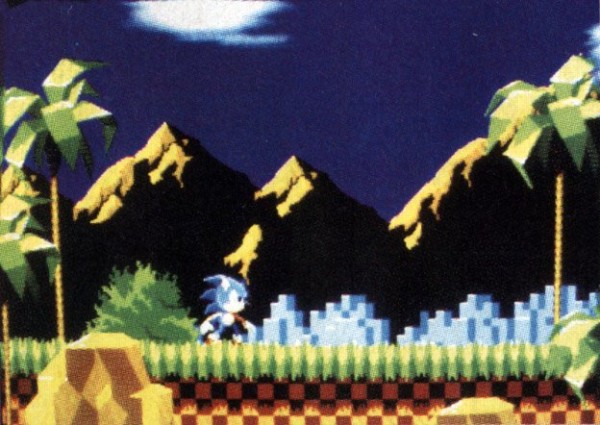 June 7th, 1990, SEGA showed off Sonic the Hedgehog to the public at the Tokyo Game Show.  When they showed it, the game was 2 months into development. So what they showed was very early.

Above is one of the first screens ever shown to the public and you can tell much has changed. First of all the background, from its odd city and mountains was changed in the final product. Though, regardless of stuff being changed, the art style and vision seemed to be there from day one.  The other screen that 1up had was the early title screen, which looks a lot like the original only without the Green Hill Zone backdrop.

9 responses to “First ever screens of Sonic the Hedgehog”