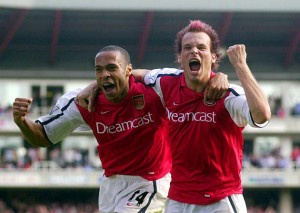 Unfortunately, without any other major titles being released (The last being Yakuza 4 way back in March, which only dropped out of the chart in May, so it did some good numbers) there is no other SEGA title in the whole of the top 50.

Onto Let’s Make a Pro Soccer Club performance, it is actually the first time the series has made it onto the Nintendo DS, somewhat, the previous football title from SEGA was Soccer Tsuku DS: Touch and Direct but as one can tell from the name difference, one is a management game whilst the other gives control over the players in the team, Soccer Tsuku DS: Touch and Direct did around 72,000 units on it’s first week.

First day sales for the latest entry into the Let’s Make a Pro Soccer Club! Was around 25,000 although that data happens to reveal us that SEGA’s initial shipment was close to 100,000 units, so half of the shipment being sold out is perhaps not what SEGA was hoping for. Despite that, all Let’s Make a Pro Soccer Club titles have shown to have good staying power in the charts so do not be surprised if eventually it goes past the 100,000 mark.

And that’s it for now, the next major Japanese title to be released by SEGA if my memory serves me correctly will be Project Diva 2, so see you all then next time round.