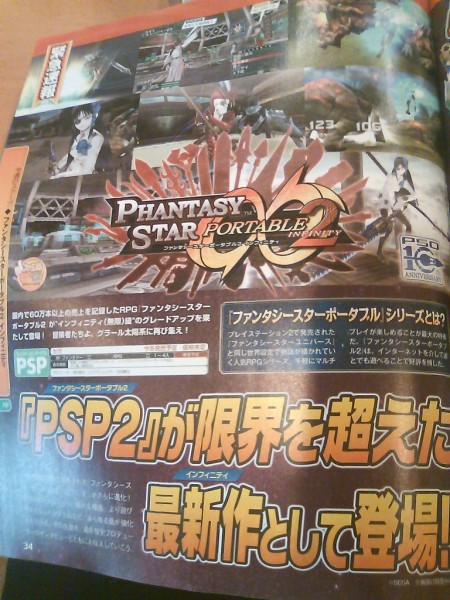 Every race is going to be getting new outfits in the upcoming expansion. SEGA is also introducing the character reincarnation system, it will let players reset their character’s level and build up other stats. The game will also feature ‘Infinity Mode’, a harder difficultly settling.

Infinity will also have a visual lobby, cell phone style text input system, screenshot utility, and a tag mode mission code sharing thing. It says that there will be about 1.5x more content than Phantasy Star Portable 2. Damn, just bring this west and cancel PSP2!

More scans after the jump! 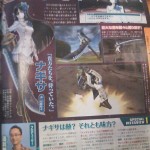 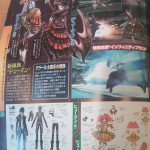 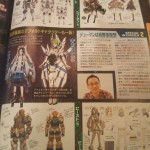 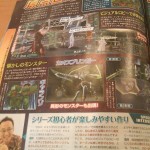 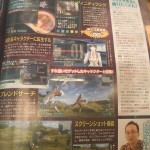 One response to “Phantasy Portable 2: Infinity scans and info”