The latest reworked stage from Sonic the Hedgehog 4 has been revealed thanks to a video and written preview from the folks at Joystiq! Just as Lost Labyrinth replaced the much maligned mine cart, Casino Street has been confirmed to have replaced the itty bitty act 2 pinball machine with a much sweeter card focused stage. Sonic is shown to use cards as platforms, as a way to win an extra life and as a fast moving platform. Way past cool! In fact, the final moment of the trailer was the first true instance in which Sonic 4 made me say “wow!” aloud. I was pro-Sonic 4 before, but now I think I have been welcomed to the next level.

Check out Joystiq’s preview here and scope out the new screens below: 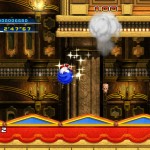 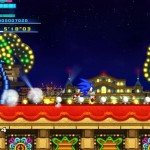 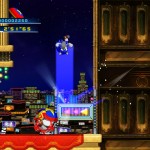 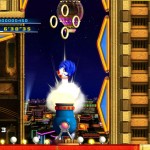 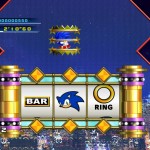