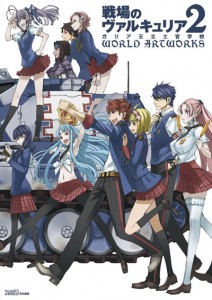 Valkyria Chronicles II is still getting stuff released for it in Japan, soon it will get its 8th book released. This one is called “Valkyria Chronicles: Royal Academy Gallian Artworks World” or along those lines.

The book is set to hit Japan on October 8th and be priced at 3,570 yen. The cover art is done by Raita Honjou.