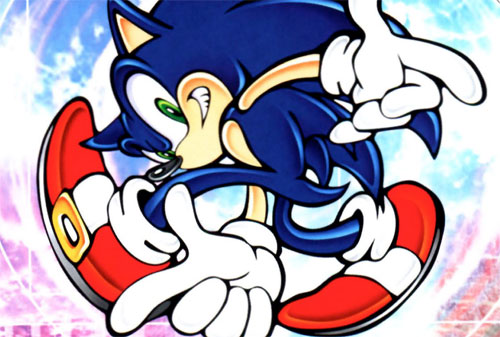 Sonic Adventure was one of the first titles available on the Dreamcast, when it released in the United States back in 1999. Now the game is being ported over to the Playstation 3 and Xbox 360 consoles.

Is Sonic Adventure an old relic that should have stayed on Dreamcast or does its new outing show everyone how great the game always was? 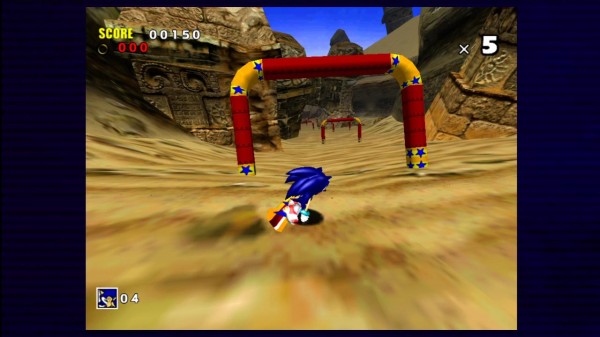 Sonic Adventure blasts on the XBLA and PSN at fullscreen, making it the most disappointing aspect of the release. There are a few other things that the developers could have changed up to make the release shine brighter in HD, like higher resolution icons.

When I first got Sonic Adventure, I was really surprised at how great the graphics where and thought that gaming could never look better than this. Going back to the the game now, shows how wrong I was. The game isn’t one of the best looking titles on Dreamcast, that is for sure. But there are some nice looking parts, like Emerald Coast and Speed Highway (being the best levels in the game).

Something about the absurd and cheesy cutscenes in the game was a big positive for me. I don’t know what it is, but it seems everytime I go back to games from the 90s, all cutscenes seem really cheesy. Just makes me laugh watching Sonic drop a Chaos emerald and then somehow Eggman is faster than Sonic at picking it up. What happen to the speed Sonic? 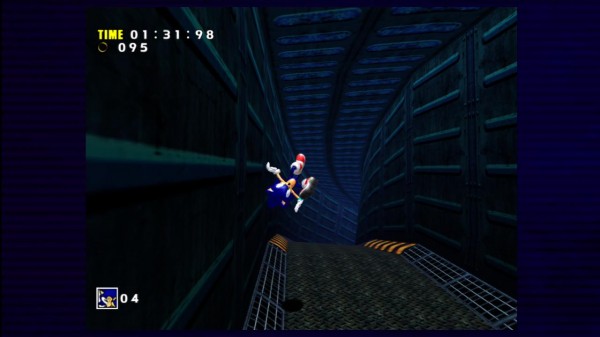 When I was a kid, I knew the game didn’t have the best controls. But I dealt with it. The camera has two camera controlling options. One is free roaming and the other is auto. The game is automatically set to auto. This is what the Dreamcast version of the game used.

I prefer the free roaming camera, I have to say. The auto camera always made me die because of the odd camera angles that it had, it would make it hard for me to judge on how far a platform was. Camera controls are Sonic Team’s worse enemy, right after aliens.

The controls are very standard for Sonic, you have a jump button that also does homing attacks (when pressed in midair) and a button for spindash. The game has other playable characters and the controls are as simple for them as they are for Sonic.

Even though the camera isn’t the best, I still beat 90% of the levels without dying once. I guess there is some genius through Sonic Team’s madness. The only level I kept on dying in was Sky Deck. Mostly due to the camera angles and all the platforming. 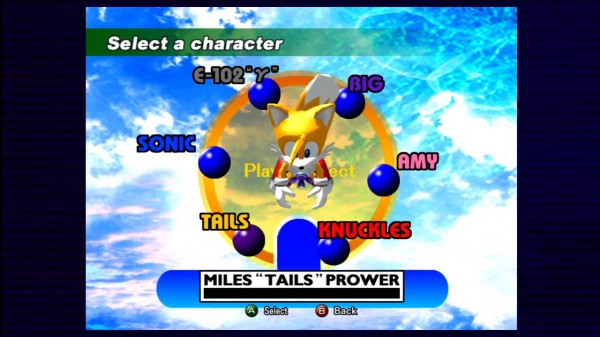 You want replaybility? This Sonic title has it. The game has 130 emblems for you to collect. Some are hidden in adventure fields, given for beating stages and others are won through Chao races.

Each level has to be played 3 times to achieve ‘A’ ranking, due to there being a specific task each time. There is a trophy/Achievement for this, so most likely people will go and do it. Not to mention if you buy the DX upgrade package, you have to get them all to play as Metal Sonic. The game also features online leaderboards.

Like stated before, there are Chao. These virtual pets will consume your time, they did with me when I owned the Dreamcast. The digital version doesn’t offer the VMU/GBA support the other console versions had, but its still fun to play around with the little guys. Maybe they will bring them back someday? 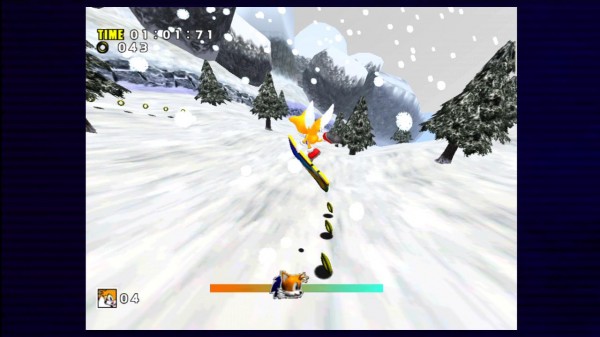 Just like the PC port, this game runs at 60 fps and that is very good. Game didn’t run this good on Dreamcast and its good to see a positive change from the original. The game also features Trophy and Achievements, everyone likes those, right? If you have the XBLA version, you will get avatar extras. 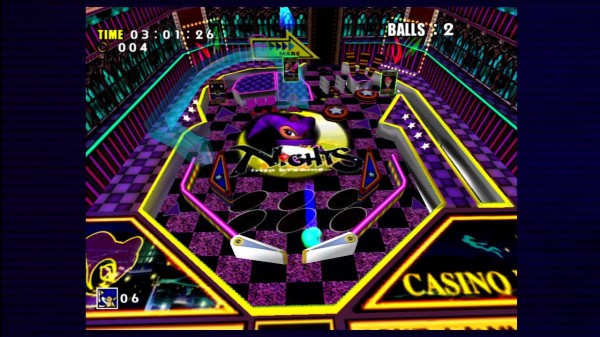 Most likely, if you read this site you have played Sonic Adventure. Now you can get the game on a HD console for $10.

Even though the game has some issues regarding its controls and cameras, its a fun solid title that reminds us how cheesy and awesome the 90’s video games where. The port brings the bare minimum effort from SEGA, releasing it in full screen. Seems rather lazy of them, since PC emulators have ran the game at widescreen. SEGA has to see that its the little changes that make the biggest differences.

To get the full package you will have to spend $15 dollars, for just a port, when other developers are offering full remakes for the same price (Bionic Commando Rearmed & Super Street Fighter II HD Remix). Then again, its Sonic Adventure!