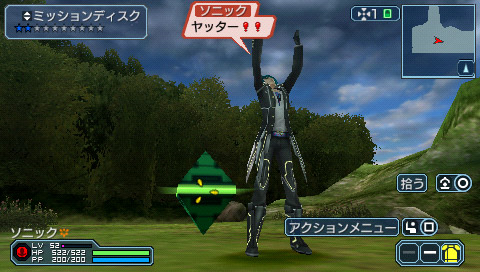 SEGA has decided to add a little something new for story missions in Phantasy  Star Portable 2 Infinity. Since the game will use some of the same missions, now users can set their own missions with difficulty levels that range from 1 to 30.

The game turns mission discs, found in the game to parameters for custom missions. You can set stuff like having monsters with low HP, high experience points and even high drop rate. There are over 100 mission codes to collect in the full game. Once you make your custom mission, it will be labeled as yours.

You can play the missions solo or share them online via infrastructure mode. Phantasy Star Porbable 2 Infinity comes out in Japan on February 24, 2011. No western release announcement has been made.