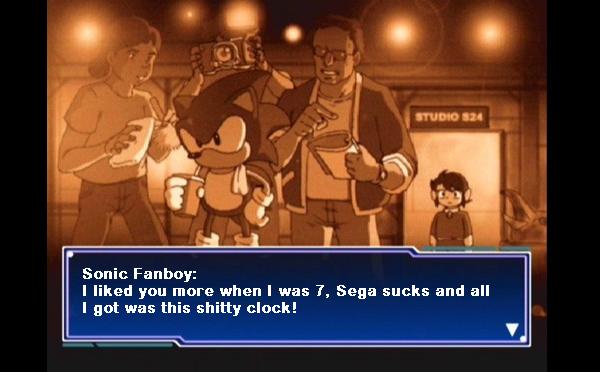 [The sky is blue]

Recently Sega of America held a community event, and a limited number of Sega fans were invited along to play various games and have a focus group session. Dinner was provided by Sega, fancy!

The event was limited to 50 people, but they later extended it to 55 with a hefty waiting list. So you would hope that at least some real Sega fans would get in, right?

Sounds like a nice event all round. Sega of America went out of their way to do something genuinely great for the community…  So it’s kind of disheartening when I’m greeted with the impressions of the event by one ungrateful Sonic fan. What’s new right?

Hit the jump for some choice quotes of his impressions and some screens of inside Sega American.

Let’s get the impressions underway!

“Someone briefly mentioned Sonic 4, and my ears immediately perked up, and I quickly weaseled my way into the conversation, and began to give an impassioned speech about why it’s so bad. That RubyEclipse blog hero guy sort of stumbled through, and was like “you’re already complaining about Sonic 4? That’s supposed to happen later.” So, I jokingly said “well, fine. I’ll keep it bottled up until then.” But, I actually did back off. I figured it would be better to do this on Sega’s terms. Why not? They invited me in here for this. I withdrew myself from the conversation and went back to listening to everyone talk about the other games.” 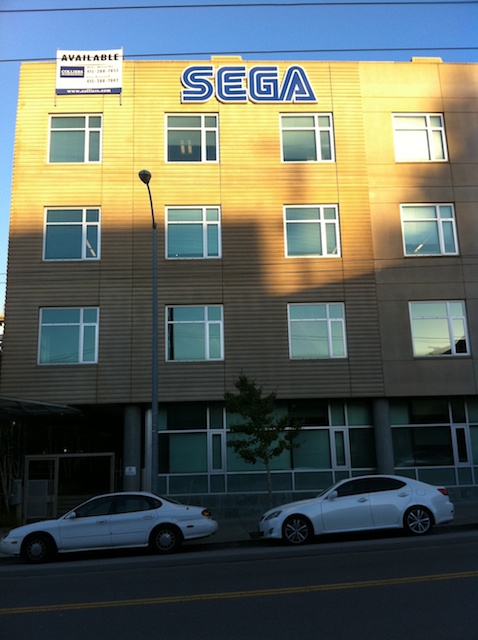 Anyway, nobody cares about that bullshit. The Sega event itself was sort of arduous. Apparently the one game required everyone have a certain save file, and they had to go around and copy this shit to everyone’s PSP memory card, and some people didn’t have memory cards, so they had to scrounge these up for people, and some people didn’t have PSPs, so they had to scrounge up loaner units, and blah blah. It was all pretty disorganized and ridiculous, and I was glad I didn’t have any interest in participating. I felt a bit antisocial for refusing to play shitty animu games, but I wasn’t there for that. I was there to criticize Sonic 4.”

’Shitty animu games’ Just incase you didn’t know, he’s talking about Phantasy Star Portable 2 and Valkyria Chronicles 2. These are some of my favourite games this year in two of my favourite series ever. Now I’m all up for opinions, but even if these games were ‘shitty’ this guy is at this community event solely to complain about the bloody Sonic series… Yeah.

It isn’t as if the description of what the event would entail wasn’t pretty damn clear on the original blog post. The event was mainly for playing these ‘shitty animu games’ and was made pretty clear. So don’t complain when that’s exactly what happens.

Also lets be honest here, Sega really don’t need to do community events at all, and they REALLY don’t need to hold these feedback sessions. No need to be a jerk about it, right? 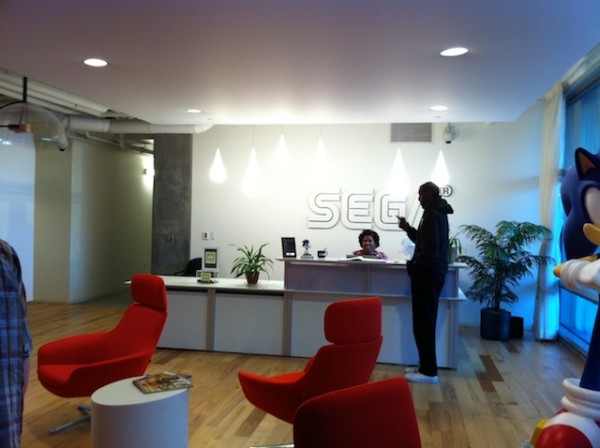 “After talking about this for a very brief period of time, RubyEclipse starts trying to push the conversation to a new bullet point. I don’t even remember what he put up on the whiteboard next. It might have been “levels.” From here, Brad started explaining how poor the flow of Sonic 4’s levels are, compared to the original games. Other points came up, like how there’s less variation in level design, from zone to zone, compared to the classics. Plenty of great points were made, and the people moderating the discussion did a fair job of acknowledging them.”

Now I won’t argue that there are a number of problems people could pick apart when it comes to Sonic 4, but the level designs are not one of them. Each looked different and each had their own gimmicks just like the originals.

“Unfortunately, every time we’d get the ball rolling on some topic, they’d be forcing us along to a next one. As I noticed this happening, I began to get pretty pissed, and I started just interrupting people and talking over the moderators. I know I was being a dick, but, fuck this! You call me in here and tell me you want my opinion. Then you rush me through it? We have a room of more than fifty people sitting around, trying to tell you why this game sucks balls, and you’re barely giving us a chance to speak?”

The problem is that I’m sure every ‘issue’ that these people came up with they have already heard before, multiple times… 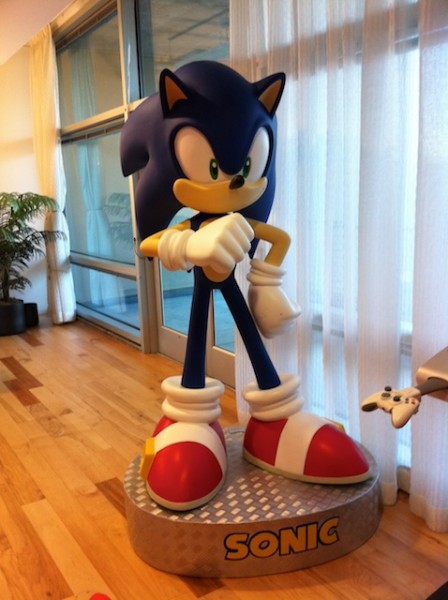 “I should have known this was coming. Well, I sort of expected it, but I really should have known, because it was in black and white from the beginning. Look at the event schedule on that blog post, and you’ll see that they allotted HALF AN HOUR for this Sonic 4 discussion, amongst all of the other bullshit they did for the evening. What a joke! They’re sitting there, saying how valuable our feedback is and how this community is so great and we’re going to help so much. Fuck that.”

What a joke indeed… This is where the guy really starts to turn into a real prick. I mean let’s put this into perspective here. Sega doesn’t profit from these events. This is simply for the good of the community, and I think many of us would have jumped at the chance to take part in this event and happily join in with the ‘other bullshit’…

I also think half an hour is more then enough time to hear out a couple of horribly self centered Sonic fanboys. Considering that I know for a fact that folks like Ruby have already heard pretty much everything these guys have to say, multiple times, I don’t think they even needed to have this session in an otherwise fun and light hearted sounding event. 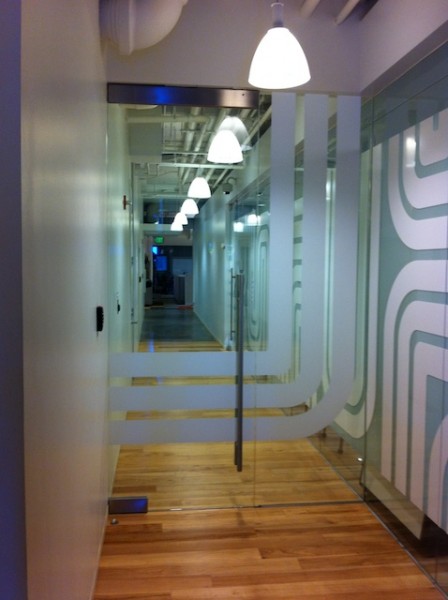 “In the end, about 90% of the discussion was between Brad + me and the discussion moderators. Ruby Eclipse was trying to wrap it up, but I kept jumping in as soon as he’d lull slightly and try to inject more criticism. I know it was pretty ridiculous to do that, but, goddamn it, Sega invited me there to tell them why Sonic sucks. Give me my satisfaction.

Finally, he puts his foot down and declares the discussion is closed. There’s nothing more I can do. At that point, I had to sit through a bullshit SEGA SHWAG RAFFLE! YAAAAAAY.

I won a fucking clock.”

I think there is some kind of misconception here. I don’t believe for one moment that Sega did invite you to ‘tell them why Sonic sucks’. I’m not at all surprised that Ruby wanted to wrap it up. When I imagine what went down in that half an hour I’m imagining a double team of THIS and THIS.

While others that want to talk about Phantasy Star and Valkyria Chronicles sit and wait patiently for these pair of chronic complainers to shut up. 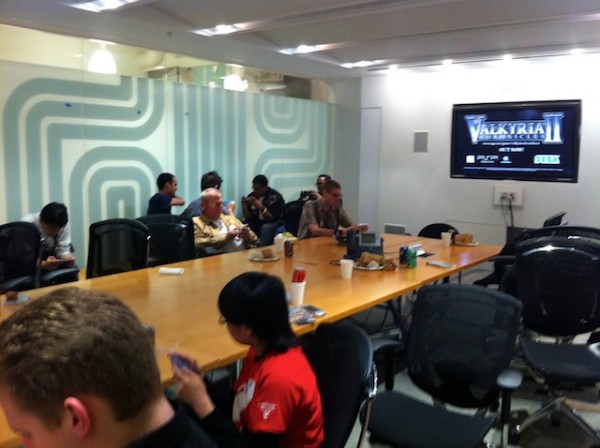 “A clock doused in shitty, soulless, overused Uekawa art.
I’ll probably put it on eBay.
Anyway, yeah. That was it.”

What a horrible excuse for a human being, or fox, or hedgehog or whatever he believes he is.

“A couple of the employees came up to me, and “thanked” me for my “passion.” That’s nice and all. I tried to explain to them how ridiculous this whole event was. I mean, does Nintendo have to ask their fan-base how to make a proper Mario game? Do famous bands organize press events after releasing an album that is critically panned, and go “okay, folks, we want to know what you feel we did wrong.””

“My decision to awkwardly stand around for a while was rewarded with an opportunity to go back a bit deeper into the offices with a couple of the employees. I didn’t take any pictures, because this was all part of the area that was deemed off limits during the actual event. There was confidential development stuff laying around. We were in the middle of the Sega cube farm, basically.

Tons of employees had old Sega relics scattered about their desks. It was sort of endearing, and I guess it was a reminder that some of the people in this company actually still give a shit. At some point, one of the guys working there mentioned how much of this stuff was “rescued” by the workers, because it would have otherwise been discarded and destroyed by the company. He was very quick to follow that up with “but, you’d be surprised how common that is amongst companies like this.” What a lousy justification. Sega, as a company, does not care about their culture. They don’t care about their games. They don’t care about their fans.”

They don’t care about their culture, yet they have these ‘relics on their desks? Who does this guy think ‘Sega’ is, some magical entity? These people ARE Sega.

Of course companies dispose of promotional posters and such that they don’t need, not just videogame companies, all companies. Does this guy just expect they have a big warehouse No.8 somewhere too store every last 1987 Alex Kidd branded Eraser in production?

At least Sega gives this stuff away, free every Friday…

“I’m pretty confident that I’ll never look forward to another Sonic game, though.“

Sonic Colours is awesome,  just a heads up.

Well… At least he got some nice pics. 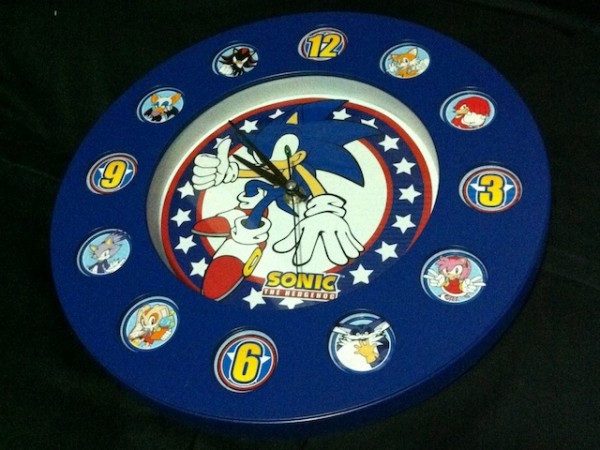 Also worth mentioning, someone at Neogaf who also attended this event commented on this guys post;

“I was also there at the SEGA comunity event (though for Valkyria Chronicles 2, not Sonic), and what this guy fails to mention is that by the time the feedback session started, the event was running a bit behind schedule and it seemed to me that they wanted to get information on a variety of topics, not just one – as this guy would have gone on and on at length about any given subject.”

17 responses to “SEGA does something nice for the community, Sonic fanboy complains”