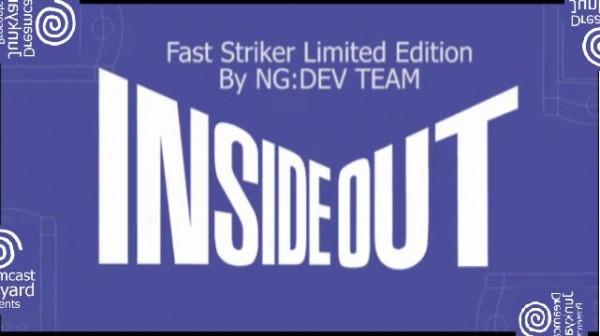 Video courtesy of The Dreamcast Junkyard

Earlier this week, the staff were discussing what possible Dreamcast news we could share this weekend. With the inclusion of retro writers we’ve tried to bring you new Dreamcast news every weekend, though our last 2 DC posts have really been about price drops and free games. For those who wanted more than just discounted offers should know it has been a very tough year for Sega’s Dream Machine, especially compared to previous years. Last year we had 3 original DC releases (IRiDES, DUX, & R4) and this year NG:Dev.Team were kind enough to port their latest Neo-Geo title. Without it this would’ve been the system’s first year without a new game, so let’s all be thankful to them.

This week our initial plan was to showcase an interesting peripheral from Dream Past (word play :P) that many of our readers may have missed out on. We’ll be showcasing that mystery peripheral next week, as this week  we have something better: GagaMan of DCJY (and SGNW affiliate) takes us InsideOut: Fast Striker.

Video after the jump

Hurray, the latest new Dreamcast indie release has arrived! Here’s a quick video of the packaging of the limited edition which includes a bonus soundtrack disc, as well as rather a lot of footage of my first playthrough of it. first impressions are it’s a much more accessible shooter than Last Hope and Dux what with it’s four different game modes. I managed to play through to the 4th level on Novice in this first ever go without even grasping all the game’s techniques yet so that’s cool.

I am personally a huge fan of GagaMan’s work but in this video, he wasn’t Gaga at all. He appeared a little under the weather, here are some other NG:Dev.Team InsideOut’s from GagaMan, he is more excited in these videos.

Doesn’t he seem more Gaga in these videos.

NG.DEV.TEAM bringing GunLord to the Dreamcast in 2011