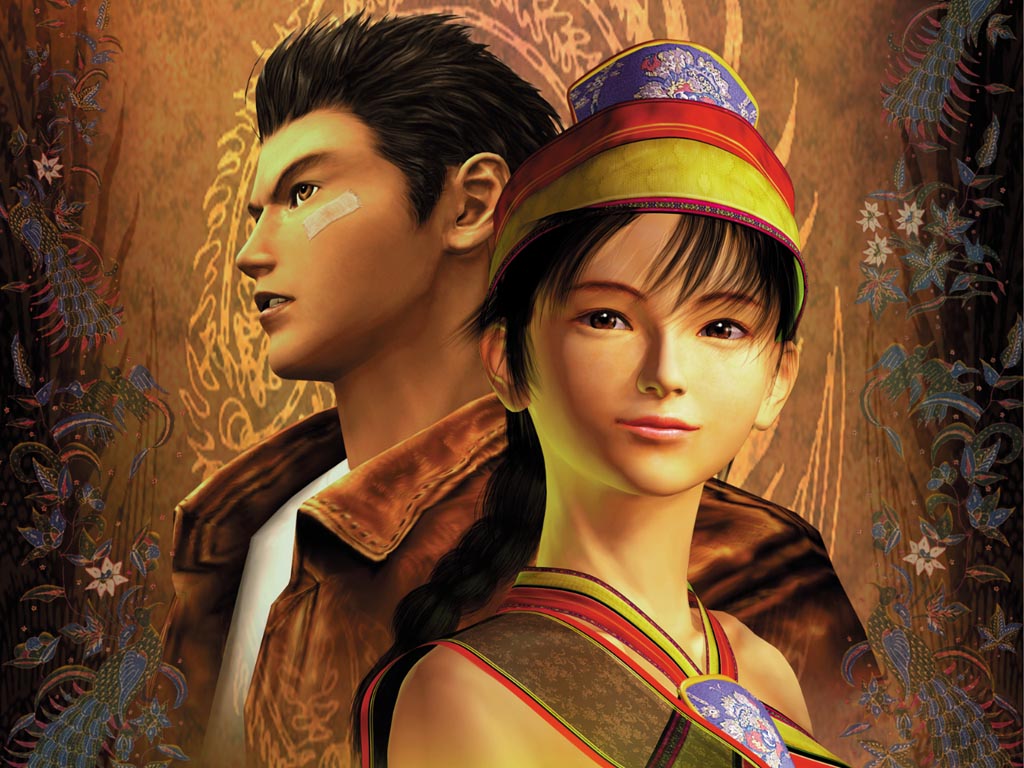 I’d like to start our fourth episode of SEGA Sequel Saturdays by congratulating Yu Suzuki, who will be honored with the Pioneer Award at at the 2011 Game Developers Choice Awards, and I figured that it would be appropriate to devote this week’s to Shenmue, a series that’s near and dear to the hearts of many a SEGA fan.

Shenmue is, aside from featuring one of the biggest cliffhangers in video gaming, a game that polarized audiences. Some found it to be one of the best games they had ever played, others hated the slow-paced detective gameplay, which favored NPC interaction and environment immersion over fights and action scenes.

If I were going to bet, most readers of SEGAbits probably fall into the former category rather than the latter, and I’m sure you’re as eager as I am to experience a third Shenmue game.

Shenmue II did what any great sequel should do; it took what was worked in the original game and updated it, fixing many of its issues while at the same time preserving the same experience that Shenmue fans fell in love with in the first place. My initial vision for Shenmue III would allow for even more interaction with the world, including a roster of new and returning jobs to take on. I’d have even more gambling opportunities, a transportation system in place to take you from one part of the city to another, and of course, an even bigger arcade for some good old retro SEGA awesomeness. We’d see the return of Shenmue 1’s level of attention to detail; you’d be able to find cassette tapes and listen to them as you walked around, and you’d get to explore every drawer and cabinet in whatever hideout Ryo would find himself crashing at. You’d get to interact with your friends a lot more as well, giving great characters like Ren and Joy more development time, and controls would be improved to be a little less stiff. Shenmue and Shenmue II would both be in the box, as would a 30-minute movie that sums up the events from them if a person new to the series wants to jump right into Shenmue III. [A discovered image of what might be Bailu Village, something we never got a chance to see in Shenmue II. Where is Shenmue III?]

It’s hard to say, though, if much of this would even be possible, because we don’t have any idea where Shenmue III would be going. I’m assuming, though I could be wrong, that a 3rd Shenmue game would be a slightly more rural and mystical experience, especially considering Shenmue II’s ending in a Guilin cave with floating swords and giant mirror displays. How do we even know that there would be big cities this time around? What role will Shenhua, who will be journeying with you, play?

In a recent 1up interview, Yu Suzuki explained that Shenmue III wouldn’t “expand outward, but inward,” which maybe implies a smaller, slightly more intimate world than Shenmue II featured, with more emphasis on its characters. Suzuki goes onto talk about a system where you’d make choices that would influence how the characters would interact and relate to each other. This seems like it would be the natural step forward for the series, as companies like Bioware have made very popular games with this type of character interactivity. That said, if we are really going to have a Shenmue game where how you interact with the characters will affect various aspects of their relationships, I feel like I have to stress that I wouldn’t want the player to have the ability to change the story’s main beats and the ending. Shenmue has always been about one definite story, and all gamers should have the ability to experience this story as it was originally intended to be seen, regardless of the choices they make over the course of the game.

[Shenmue II really knocked it out of the park with the gambling opportunities. I’d see each of them return with tons of others as well. The slot houses especially could use an upgrade.]

The one other thing I’d have to address is the voice acting…and I’m torn. On one hand, the Shenmue games’ script and voice acting has been pretty awful in many respects, but then again, I don’t think I can picture playing a Shenmue game without Corey Marshall and Eric Kelso doing voices. I think that I’d want the main characters to stay the same but step it up in the voices for the minor characters that you’d interact with. An option for Japanese voice acting wouldn’t hurt. Improving the script shouldn’t be too big of a problem, as the Yakuza series seems to do very well in that category.

[Does anything else need to be said about this music?]

Shenmue III has to happen. It’s just too fantastic a series to go unfinished, and a sequel could continue to add more while at the same time, as Suzuki himself says, placing more of an emphasis on the characters and their development. With so long a time between installments, a part of me does worry that Shenmmue III will be changed too much, that it won’t feel like the same Shenmue. As long as care is taken to preserve what makes Shenmue, well, Shenmue, I think it’s possible to develop a sequel that fans will love and today’s gaming community can embrace, even if it has now been over ten years since we’ve played the first one.

As always, leave your comments below.