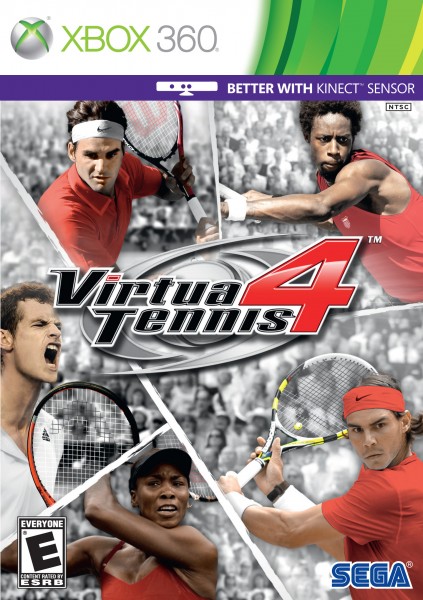 SEGA® Europe Ltd. and SEGA® of America, Inc. are pleased to confirm that Virtua Tennis™ 4 for PlayStation®3, Xbox 360® and Wii™ will hit stores across North America on May 10, 2011.

As spring hits and tennis fever takes over the world, top tennis stars warm up and head for the courts to battle it out and be crowned No 1. Relive the tension and excitement with Virtua Tennis 4 by taking on the likes of tennis heroes Rafael Nadal, Roger Federer, Andy Murray, Juan Martin Del Porto and Caroline Wozniacki. Experience the same intense drama as you build up your Match Momentum gauge, and revel in your form as your player grows in confidence.

Virtua Tennis 4 takes the series to a higher level of realism with the PlayStation®Move, MotionPlus and Kinect™ compatibility, pushing the tennis genre forward yet again. Exciting new features such as a refreshing World Tour experience means every decision you make both on and off the court will affect your path. You’ll never experience the same career twice!

Sounds great! Cannot wait to play this, both with the controller and with the Kinect. Reportedly, you can be mugged in the exhibition mode if you visit a rough part of the world. Stay out of Philadelphia! 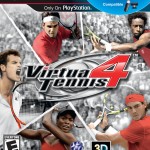 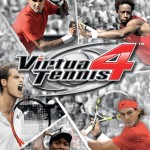 Since the fourth cover has hit, I thought I’d present a series overview of box art. I used the PAL Dreamcast versions as I think they’re the best, plus the game was known as Tennis 2k2 in the US. Included 2009 as it is basically Virtua Tennis 3.5.