This year the Sonic the Hedgehog series turns the big 20 and over the years there have been many spin-off titles. The staff got together to pick our favorites, hit the jump to see them. If you want to share your favorites, hit us in the comment section.

I feel kind of bad picking the game that probably half of the staff is going to choose, but it can’t really be denied: S&SASR is really, really good. Sonic’s not exactly known for his spin-offs either. Sonic Riders hasn’t exactly gone down in history as a sterling example of mascot racing after all, and Sonic & the Black Knight…the less said about that disaster the better, I think. Nevertheless I do believe, perhaps because of these aforementioned disasters, that Sonic hasn’t gotten his due for the handful of good spin offs he’s had. Case in point, the subject of my roundtable entry, Sonic All Stars Racing.

Fast, balanced and beautiful, it can be argued that S&SASR out Mario Karts Mario Kart. It’s got stellar graphics, loads of fan favorite characters from both Sonic and other franchises, and not a blue shell or snaker in site! In truth, I was never a big fan of the kart genre, so the fact that this game converted me gives it even more credit in my eyes. 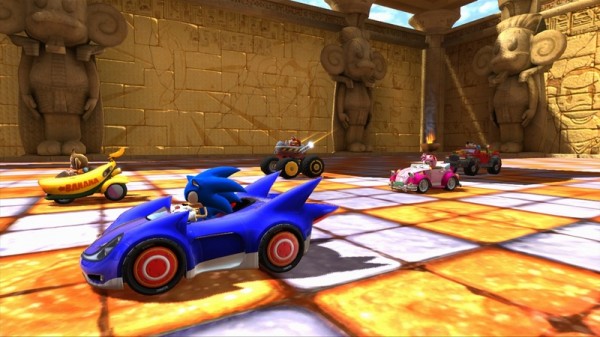 I won’t deny the game has its faults, but it’s also easily better than any main line Sonic game released in the decade before it. That is the mark of an incredible spin-off. Albeit, a spin-off in a franchise that had seen better days.

That is, until Sonic Colors came out. Let’s not forget that rocked too!

While not the deepest or greatest of the spin-off titles, I have to name Sonic Drift 2 as my favorite. The foremost reason would be the music. Sonic Drift 2 has some of the best 8-bit Sonic tunes; Ice Cap, Rainy Savannah and Hill Top being my favorites. The gameplay is simple: Stay on the track, pass opponents when you see them, avoid obstacles and use weapons when you can. Rarely does the racing break out into insane kart combat, and often you’ll find yourself just racing along, occasionally sharing the screen with a few opponents. The game never becomes boring, nor does it become an adrenaline pumping race to the finish. Instead, you’ll find yourself casually enjoying the simple gameplay, the awesome music and the long gone 90’s era cast.

Unlike current day Sonic racing games, there isn’t a single bad egg in the roster. You’ve got the classic trio of Sonic, Tails and Knuckles, the bad guy trio of Eggman, Fang and Metal Sonic and finally the pre-red dress wearing Amy Rose. I always loved the early incarnation of Amy. Considering how prevalent the game is, available on the Sonic Gems Collection and soon the 3DS, every Sonic fan should be able to easily give the game a try. Even if you have an old Game Gear, dust it off and hit ebay for the game. It’s well worth it. 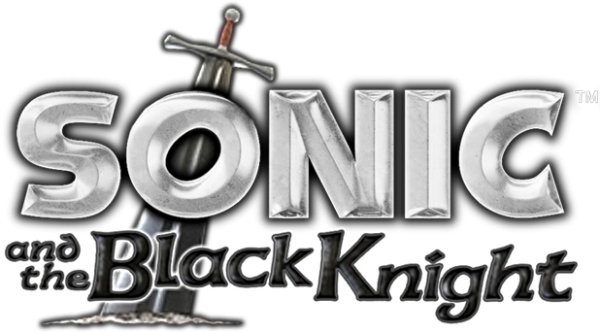 Sonic spin-offs are an ugly reality that SEGA keeps producing. Some people may have enjoyed Sonic Spinball, Dr. Robotnik’s Mean Bean Machine or Sonic 3D Blast, but I sure didn’t. My little cousins and I have had more fun playing Sonic 06 than any of the modern day spin-offs. These days SEGA is producing Sonic games so fast that it’s hard to discern what’s a spin-off and what falls under the main series. Take the Wii exclusives Sonic & The Secret Rings, Sonic & The Black Knight and Sonic Colors for example. They largely feature a solo Sonic running at breakneck speed like we are accustomed to, and the producers don’t consider them spin-offs, even though the first two don’t even have chaos emeralds. 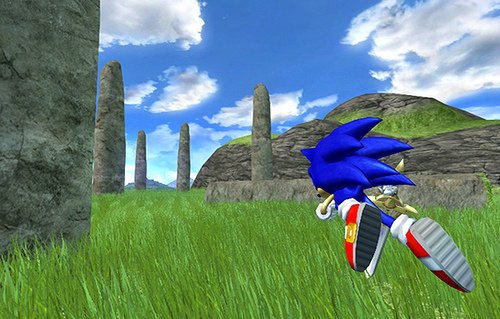 I could go on further, but I’d like to get to the game I’m talking about, Sonic and the Black Knight. SatBK isn’t my favorite Sonic game, but out of all the spin-offs that have been released in this series, it’s easily one of the best. That is, right after S&SASR, but Nuckles87 already picked that one.

Sonic & The Black Knight is the second game in the Sonic Story Book series, so it’s sort of a sequel to Sonic & the Secret Rings. S&tSR wasn’t all that good but fans were so consumed with hate directed towards Sonic Riders, Sonic the Hedgehog Genesis and Sonic the Hedgehog 06 that they went easy on Secret Rings. Decent fan reception and solid sales figures prompted Sonic Team to release another game. 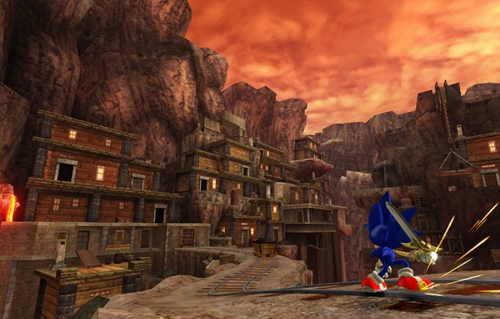 Black Knight, like every other Sonic game released in recent memory, was promising another gameplay gimmick that I honestly thought would work well in a Sonic game: sword Fighting. To me, Shinobi and NightShade already felt like Sonic games with swords, so I was expecting something similar from Black Knight. Unfortunately, the sword play featured here is just Wii waggling that I could never really get the hang of. Fortunately, my little cousins were phenomenal at the game, so I just let them play the tough parts.

A bizarre change from Secret Rings is that off an illusion that your no longer on rails since you control Sonic with the nunchuck. You’re still confined to a narrow path throughout every level. This hurts the game for two reasons:

1) There are lots of twists and turns and but all you are supposed to do is hold the analog stick forward to make it through them. If you try to turn Sonic, he’ll just hit an invisible wall.
2) In Secret Rings; Sonic was running at mach speed and the players just navigated him, in Black Knight however your running freely so you would be tempted to explore the beautiful environments only to run in to an invisible balls, this makes the game feel extremely rigid and dated.

You may notice I’m ragging on this game a lot. So why did I pick it? Because at least the story is fun, full of twists and turns and references from past games. We also have the awesome Jun Sunoe and his band CRUSH40’s soundtrack featuring the epic Knight of the Wind track.

(ahem.) On that note, if I’m remembering this right, I was in Cancun when Sonic and the Secret Rings hit stores, so I knew I’d have to wait until I got back home to play it. One thing I did make sure to do though while I was down there was jump on a computer at my first opportunity and check out Metacritic and….well. Let’s just say I was pretty surprised by the not so great reception to what would become my favorite Sonic spinoff.

What was so interesting about Secret Rings was that it was being made alongside Sonic ’06, and all through their development I was convinced that Sonic ’06 would be the better game. Once that game came out and revealed itself to be a trainwreck, the future looked awfully bleak for the Sonic series. I anxiously shifted my hopes to Sonic and the Secret Rings. I was so sure that if this game sucked, the Sonic series would be dead. 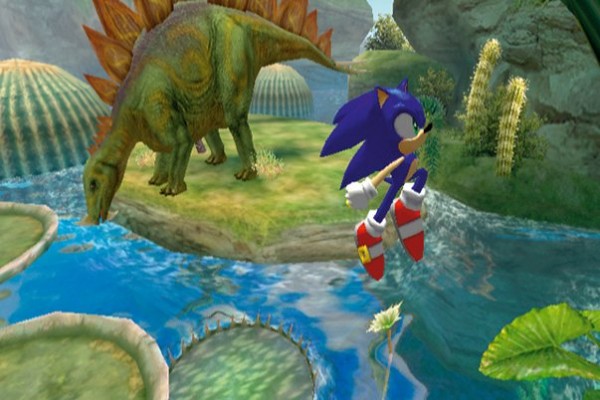 Turns out, the game didn’t suck despite the cool press reception; in fact, it remains one of my favorite Sonic games this generation, demonstrating a promising start for the Sonic Storybook series, which would then sadly go on to hit a brick wall at mach speed with Sonic and the Black Knight. (Sorry, cube_b3.)

What I liked so much about Sonic and the Secret Rings was its sense of speed. Putting Sonic on rails sounded like a horrible idea at the time but in practice it worked, and I loved controlling Sonic through his Arabian Nights adventure, I liked seeing him get stronger and having a role in this evolution, I loved the challenging difficulty, and…well, I even sort of liked some of that soundtrack.

Some of it. The main theme was overplayed and happened to be one of the worst in the game, but a lot of the level music I actually thought was a great fit, cheesy lyrics aside of course. The visuals and art direction were above and beyond anything else on the Wii at the time, and some of the set pieces, like a magic carpet ride and a run through a starry cosmic sky, were more than eager to show them off. 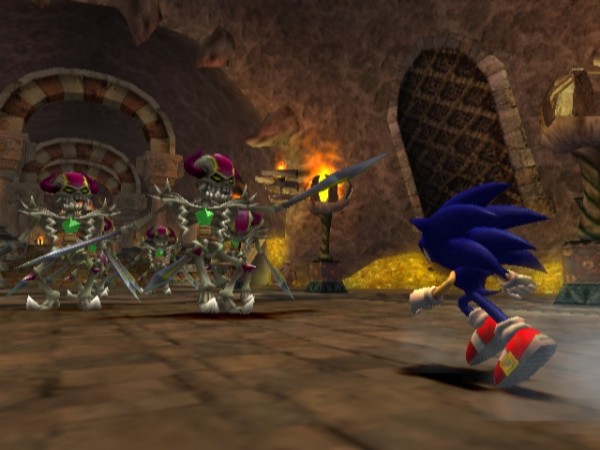 All in all, Sonic and the Secret Rings was, as I called it at the time in my Gamefaqs.com review, “Not Sonic Adventure 3, but still a very fun and fast game in an otherwise dying series.”

Turns out, the series is no longer dying, which is good, and I give Sonic and the Secret Rings some credit for helping to remind Sonic Team what made Sonic so appealing to begin with. 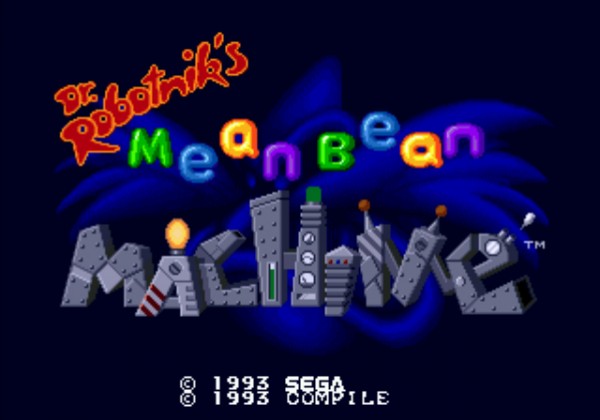 Sure, this is sort of a cheating spin-off since the game is actually a ‘Sonic themed’ version of Puyo Puyo. But I think it’s important to note that this is the first Puyo Puyo game to make it west, even if it isn’t known by the Puyo Puyo name. The game was still intact.

Some hardcore Sonic fans will be mad that I picked this, since it doesn’t play like Sonic at all or have him in the title. But it’s a spin-off; if I wanted to play a Sonic like game, I would play a main series title. This game in my opinion was really addicting.

It’s probably my second most played puzzle game, right after Tetris for the original Game Boy. In the game you have to battle Dr. Robotnik’s robots till you reach the last stage, the egg shaped master villain himself.

You can now play this game in most Genesis collections. Give it a go with a friend, it’s a fun title. Amazing? No, but fun.

Round Table: We fight about Sonic Colors

Round Table: Our favorite SEGA advertisments

Round Table: What’s next for Sonic after Lost World?

33 responses to “Round Table: Our favorite Sonic spin-offs”