Check out these amazing screens! I wonder if this game is powered by the Hedgehog Engine? Sure looks like it might be.

Hit the jump to see the screens and gameplay video [update: and details!]

As reported at 4Gamer, the video Sega showed at the event had a bunch of phrases that may provide some hints about the game’s background.

First, what appears to be the overarching story:

The ship fleet Oracle (written in Japanese, “オラクル”) which travels the endless stars. A new adventure that awaits on the countless planets. Invasion of the malice that covers the universe. The name of the people who face off against them is Arcs (in Japanese, “アークス”). Will the universe be saved, or will it be swallowed up? It’s in the hands of the hero (you).

The above is just a super quick translation of 4Gamer’s summary. 4Gamer said that it might have made some errors in its transcript.

The video also mentioned a few key words and phrases:

Is there adventure in today’s RPGs?
Always, to a new field. Random field.
Original Combos
TPS style
Jump Action
Hybrid Custom Action
It gives you a foreboding feeling — seamless weather.
Something will happen every time!? Interrupt event
Aiming for “Endless Advneture.”
The adventure without end, once again.

Phantasy Star series producer Satoshi Sakai took the stage at the event and said that the staff is aiming to give players the feeling of adventure that has been lost in today’s RPGs. He described the game as “a brand new title” and said that he hopes the game will be enjoyed by series fans, online gamers and even players who have yet to get into online games.

Further details on the game will be released ahead of the alpha test, which kicks off this summer. 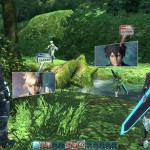 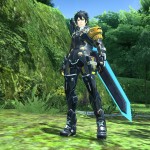 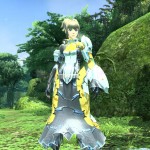 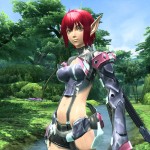 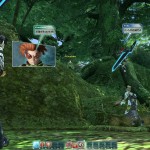 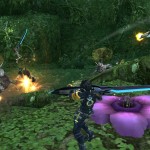 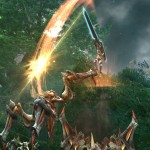 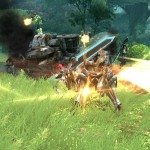 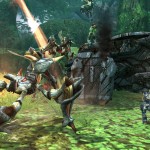 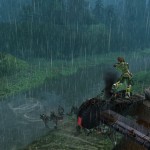 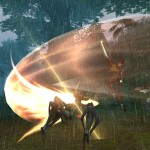 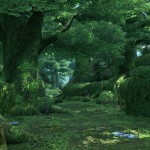 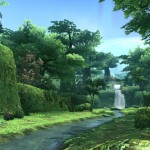 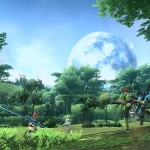