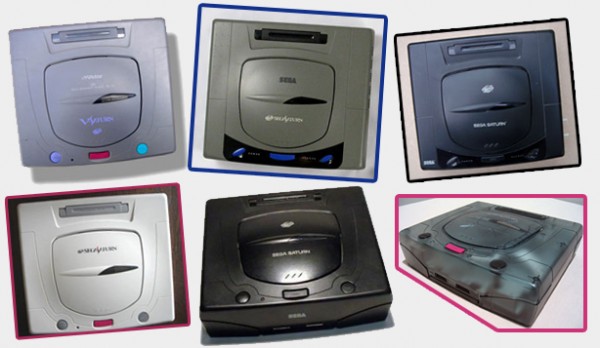 I’m sorry to say that I bought a SEGA Saturn rather late into the console’s active lifespan. At the time of the Saturn’s release, I was still very much in love with my Genesis. While my friends were happily playing the N64 and Playstation, I still thought the Genesis was all I needed. Plus, the Saturn didn’t have a major Sonic game, so why would I bother with it? My perspective changed in 1996 when I got the chance to play NiGHTS into Dreams on a demo console at the local SEARS. At that point, I knew I needed a Saturn but didn’t have the funds. Finally the day came in late November, 1997. My dad drove me to the local used games store. My goal was to buy some cool SEGA stuff with my birthday money. In the back I spotted a used oval-shaped button black Saturn on the back shelf for a great price. Thirty minutes and a hundred and something dollars later I was at home with my very own Saturn, NiGHTS and a stack of 3D fighting games.

At the time, I had thought the console I had was the one seen round the world. But years later I learned that there were a number of variations of the console, both in color and design. After spotting the system in Shenmue, I learned that the Japanese version of my console was grey with blue buttons. I also discovered the most visually appealing version of the console I had ever seen, the white Japanese model, via a friend who had bought one for himself on a trip to Japan. While I find the black Saturn to have a very strong visual presence, looking no-nonsense and powerful, the white Saturn has a very elegant and whimsical design. You’d think a pink eject button wouldn’t work visually… but it does! Aside from colors, the many variations of the Saturn are adorned with stylish grooves, lines and dimples. They may not contribute toward the function of the machine, but they do a fantastic job in giving the machine its form. Just check out the image above, note the lines on the circle button model. They go from the edges to the buttons, almost as if they hold the buttons in place or act as blood vessels connecting the button to the Saturn’s brain. After considering all of that, take a look at a Wii. Where’s the imagination? Where’s the fun?

While the lack of a main series Sonic title led to me not getting into the console immediately, looking back I have to say that I love SEGA and the Saturn for sticking Sonic in the background. What resulted were two great non-Sonic Sonic Team titles, those being NiGHTS and Burning Rangers. Sonic’s absence also allowed for new IPs to take the spotlight and claim the console as their own. While the Genesis and Dreamcast might be synonymous with Sonic titles, the Saturn brings to mind NiGHTS, Panzer Dragoon and Shining Force III. 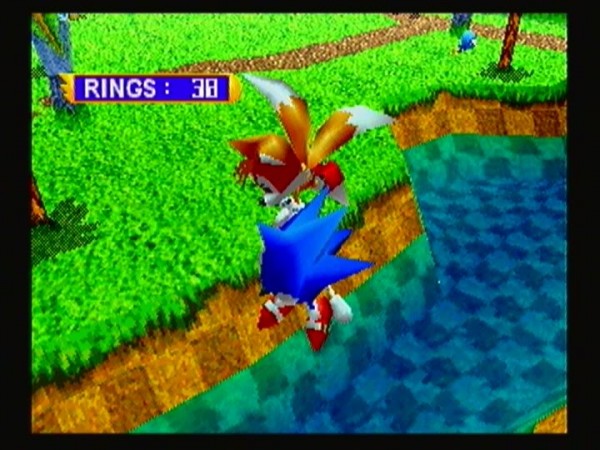 Despite the lack of a main series Sonic title, we still received some great Sonic games. Sonic Jam is, in my opinion, the de facto Genesis compilation. The many new ways to play the games are great fun, the Sonic 1 spindash option was amazing (before I discovered the world of rom hacks) and the historical goodies on the disc are a delight. Also, at the time it acted as a preview of what to expect from Sonic Adventure via Sonic World. Sonic 3D Blast included a very cool polygonal reimagining of Sonic 2’s bonus stage and Sonic R, while not perfect, offered up a great soundtrack and a solid roster of characters. 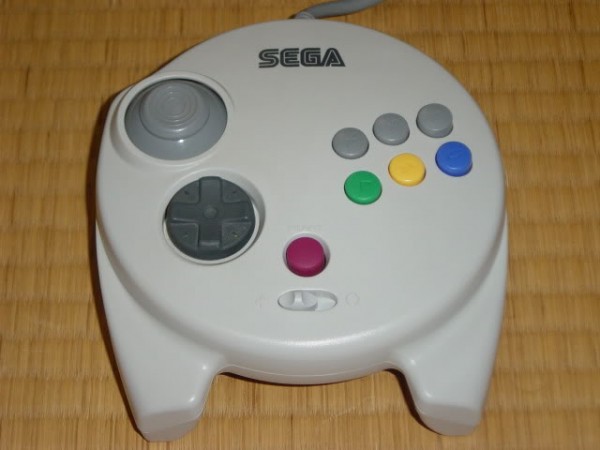 The model 2 Saturn controller is God Tier, there is no denying that. But my heart goes out to the Saturn 3D controller. While I still prefer the excellent model 2 controller, I really like the shape and feel of the 3D controller. For starters, I like how the analog stick feels. Some bash it for being too light and loose, but I like that. Playing games like NiGHTS, I almost forget my thumb is on an analog stick thanks to the large depression for the thumb and how loosely the stick moves from its center point. Sort of like butter sliding across a hot pan. I also like how the start button is made out of rubber. Pausing a game never felt so good. Shame Air NiGHTS never came about, because I’d love to take advantage of the controller’s ability to detach from the cable. 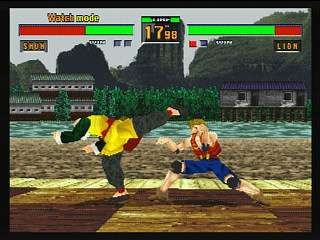 During the 16-bit era, I was never one for fighting games. I found the arenas to be too constricting and hated how I had to memorize a series of button presses to execute a cool move. The Saturn changed my view on fighting games by way of the many AM2 (and one AM3) fighting games. The first fighters I enjoyed included Virtua Fighter 2 and Fighters Megamix. I was amazed by how simple the fighting was compared to games like Street Fighter and Mortal Kombat. The punch, kick and defend system was easy to understand, yet created a form of fighting that could be as simple or as complicated as the player wanted. While Virtua Fighter 2 was a very pure and standard fighter, Fighters Megamix was a crazy collection of fighters and SEGA characters from a number of different genres. The Daytona car punching away at Grace’s break away armor was insane, yet utilizing the Virtua Fighter formula it was highly accessible.

Since then, my collection of fighters grew to include the great Virtua Fighter Remix, Fighting Vipers (featuring the previously mentioned break away armor), Virtua Fighter Kids and The Last Bronx, a great weapons based fighter from AM3. While each game plays similarly, there are a number of differences to make each one a unique and fun experience. 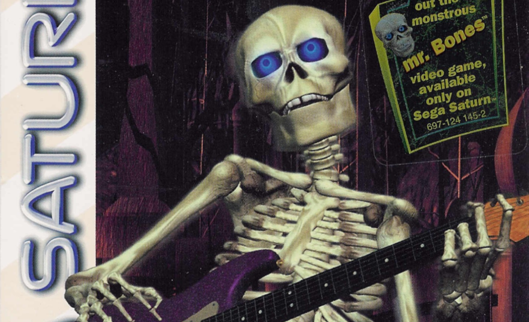 While SEGA fans could easily name off ten to fifteen great Dreamcast games, the average fan would probably have a bit of trouble naming off the same number of great Saturn games. That is, to say, unless they did a little digging. Sure NiGHTS and Panzer Dragoon Saga get a lot of love, but what about games like Mr. Bones, The Last Bronx or Astal? Even the first two Panzer Dragoon games have been overshadowed by the amazing XBOX game Panzer Dragoon Orta. What I love most about the Saturn are the number of hidden gems to be found for the system. Once you get past the major titles, games like Mr. Bones offer up a unique mini-game adventure starring a rural southern skeleton who picks up a guitar and battles a vampire. Astal, a first party 2D side scroller, features some of the most beautiful 2D graphics ever seen. 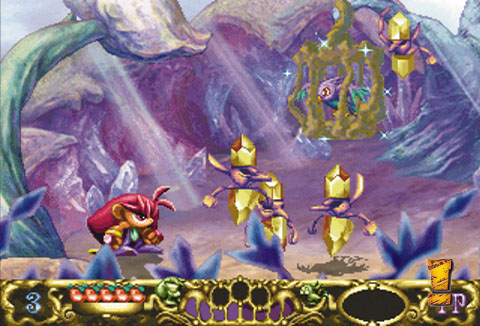 This is where you, the reader, comes into play. In the comments section, share your favorite hidden gem on the Saturn and make sure to share whatever else you love about the console.

Presenting “My Life with SEGA: Nothing Else Matters ”, a short film by A.J. Rosa
Saturn SEGA Saturn The Weekly Five

7 responses to “The Weekly Five: I Love the Saturn”