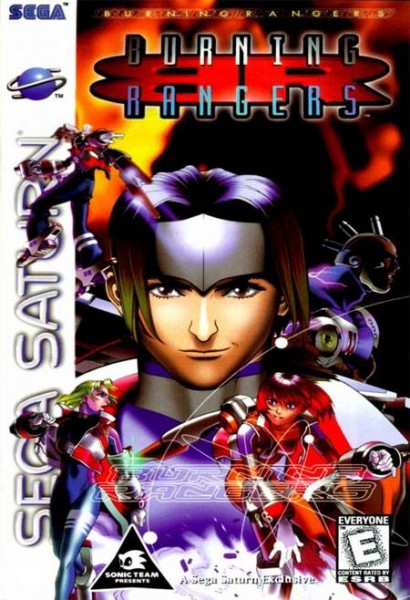 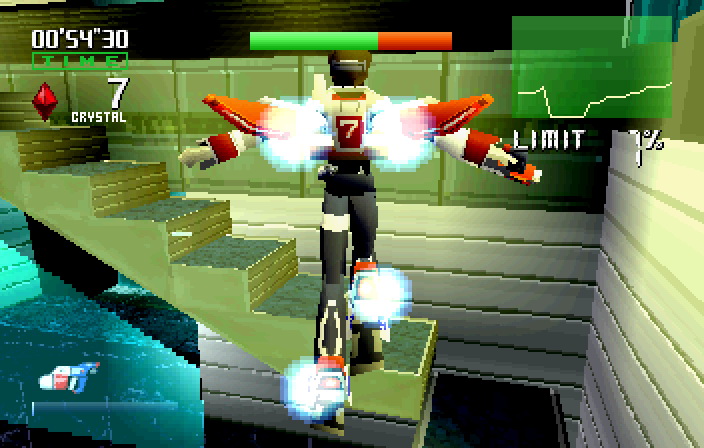 Burning Rangers deals with a group of fire fighters in a peaceful future where fires are one of the only hazards remaining. You and your teamates fight fires while….flying around on jet packs?! Ummm….aren’t those things kinda… I dunno…combustible? Not to mention the flames shooting out from your back and feet. Who approved of this?!! Anyway, you play as one of two new recruits. Shou Amabane and Tillis. You’re sent out to help fight fires and rescue people in different scenarios.

The gameplay feels like a mix between Resident Evil and Mega Man Legends. It uses a fixed camera system not unlike the original R.E. games. However, there is more leeway here as the camera will follow you for a short ways. Think of it as survelience cameras that keep switching. You use a laser gun to fight fires. Different colored fires are of different intensity and require you to charge your gun before blasting. Navigating around isn’t too tough. However, when you get lost you can contact Chris who is monitoring your positions and has the entire maps of buildings laid out for her. Sadly, she makes a horrible GPS. Oftentimes, she’ll tell me false directions like “jump up!” when there’s a ceiling. One time she really confused me when she told me “Next hall to the right” when it was the one AFTER that. Makes me really wish I had a radar instead.

Controls can take some getting used to, but once you ease into them they’re no worse than Resident Evil’s. The game really makes you feel like you’re part of a team. Although you are by yourself in each level rescuing civilians and fighting fires, your team is in constant contact with you and it helps with the story narration taking place in each level. The dialog and scenarios are slightly different depending which rookie your playing as. Like all Sonic Team games, the end of the level grades you on things such as crystals collected, civilians rescued and how long it took you to defeat the boss. Between each level you can see thank you letters from civilians you helped rescue, which helps keep you in the frame of mind as a fire fighter. One other cool thing, when you finish the game the buildings will now have a random level generator in them keeping replay fresh. 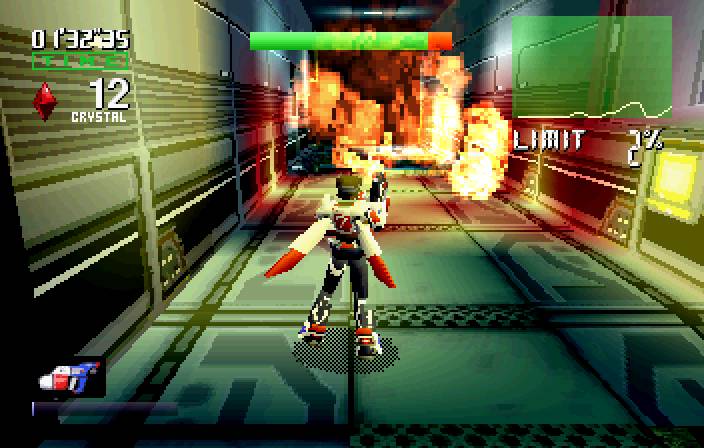 While the graphics in Burning Rangers were top notch back in 1998, they really don’t hold up well today. However, this game was really pushing the Saturn’s limited 3-D capabilities. It was one of the only Saturn games to use transparent polygons for fire effects. This is because these effects drained on the CPU. The sound is fairly limited. It’s mostly standard  video game beeps and boops which don’t fit in as well when in a more dramatic and realistic setting. Voice acting is well done, making it more surprising that they produced such a limited amount of copies since they had to pay the voice actors for their roles. Sadly, music is almost non-existent. In order to keep the dramatic atmosphere, they have little to no music during gameplay. Except for the options music, the only thing you hear is the fun Burning Rangers theme during the very beginning of the game or whenever you finish a level. In fact let’s wrap up this review with that kick-ass anime intro!

Burning Rangers gives a great atmosphere of being part of a future fire fighting group. The controls take awhile to get used to, but no worse than other third person games of the time. The graphics are very dated, but they were some of the best for their time and really pushed the Saturn hardware. There’s barely any music, but what’s there is catchy. Burning Rangers is a rare gem that any Saturn owners should hunt down.

– Great atmosphere that keeps you into the action.

– Controls can take some getting used to.

– Sound effects can be too “gamey”considering the more dramatic style.