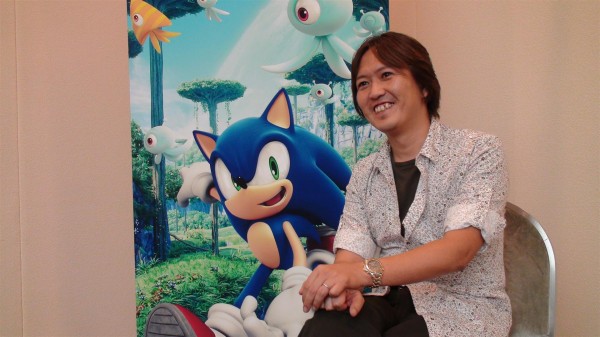 There have been some who were wondering why the Wii was not given a port when the 3DS, which has comparable graphics, has one. Why not port the 3DS version to the Wii?

The 3DS version is a celebration of Sonic’s portable history. As such it only makes sense that we keep that history on a portable system.

There have been rumors of hub worlds between levels similar to Unleashed. Is this something you can confirm?

Ha, ha. Well, as we’ve said. Classic and Modern Sonic meet through time anomalies as a mysterious force is erasing time. Areas are a wash of pure white. As classic and modern beat these classic levels, more color comes into the world. You could say the white space starts as a hub that opens up more as the color comes back in.

Will there be any online features or DLC?
We cannot discuss anything for DLC at this time, but we are planning for online leaderboards.

Will there be more than two acts per zone?

Yes. I cannot give more detail than that at this time, but there will be several acts in each world.

Can you discuss what systems will be represented on the 3DS version such as Game Gear?

Game Gear? (Laughter) No. For the 3DS we wanted to go with systems of more recent memory. So we are more focused on levels from the GBA and DS.

We have seen boss fights with classic Eggman. Will modern Eggman be joining him?

We cannot discuss that due to story elements not yet revealed. I can say there will be remixes of classic boss fights through Sonic’s history.

Since Sonic Colors got its soundtrack published onto iTunes, will there be a Sonic Generations soundtrack as well?

How early on did you go on the idea for a split between classic and modern Sonic gameplay?

Shortly after Unleashed, we were discussing what kind of game to make to celebrate Sonic’s 20th Anniversary. It was around that time that we decided that classic/modern split would be the best.

How many zones are being planned for the game?

That is something we cannot discuss at this time. (The next day, The E3 Insider  magazine said 9 worlds were planned with a release date of October. It was later debunked by Aaron Webber.)

With that, our time was up and we gave our thank yous and goodbyes. As we left, I told Mr. Iizuka how much I loved last year’s Sonic Colors. He seemed genuinely happy and pleased by that. I was surprised at how many of our questions we were able to get in as the other press were fairly quiet. I will say that neither me nor Alex are pleased by the omission of Game Gear levels for the 3DS.