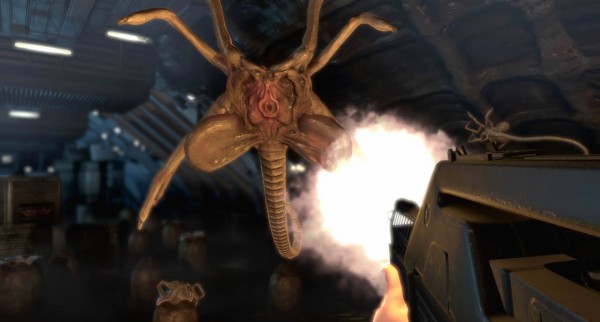 SEGA have been on the ropes with the development of Colonial Marines. Everyone thought it was a dead project but it is back. But will it be a shitty cash-in like other SEGA license games or a good product? Mike Hayes reassures you that they are trying to deliver a top quality product.

“As a general point, when you have a great licence, the amount you need to spend on marketing is significantly less. So the two balance each other out. But that’s independent of how much money you invest in the game, because we know how well tie-in licence games have gone recently, we have to create a game that stands on its own two feet. This is a quality-first approach.” – Mike Hayes, President of SEGA West

Another concerning factor is that Gear Box Software’s newest game, Duke Nukem Forever isn’t doing that great with the critics and seems to have disappointed fans that have waited 10+ years for the release of the game.

SEGA says it wouldn’t bring Aliens: Colonial Marines to Wii U if it was inferior graphically to current systems