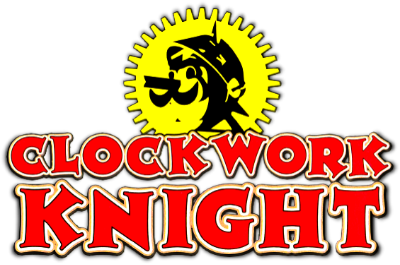 Clockwork Knight and Clockwork Knight 2 were both games that were released early on in the Saturn’s life. Since the Saturn didn’t make too big of a splash, these games aren’t well known to most mainstream gamers and that is a shame.

So what is Clockwork Knight and why does it deserve a new entry? Well, hit the jump and find out. 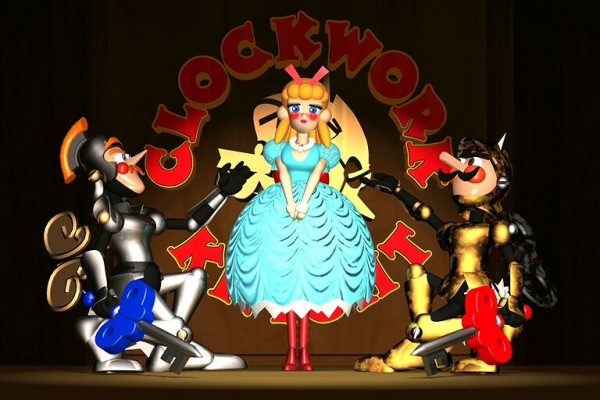 Clockwork Knight has a kiddy quality to it, like most platformers from the 90’s used to have. It’s weird since the game is the total opposite of Sonic. Sure, Sonic did appeal to kids, but it was meant to be cool and also appeal to teenagers at the time. Clockwork Knight isn’t a fast platformer, and it isn’t trying to be super cool. It is what it is.

Clockwork Knight’s plot isn’t much, just enough to get the player up and moving, which is what all platformers need in my opinion. In the game you play as Sir Tongara de Pepperouchau III (aka Pepper for short). The Clockwork Fairy Princess, Chelsea, wakes up all the toys every morning with her singing. Pepper can’t help but fall in love with her, but sadly for him, he’s a bit of a joke; even worse, his cooler brother, Ginger, is also in love with the Princess. One night she is kidnapped by an unknown force, and most of the toys around you are no longer themselves. They begin to attack and this is where you start your journey to rescue the princess.

Again, the story isn’t really that original. It is a mixture of something right out of Mario and Toy Story combined. I don’t think the Toy Story connection is on purpose, since the game came out in Japan in 1994, while the Toy Story movie got released in 1995. 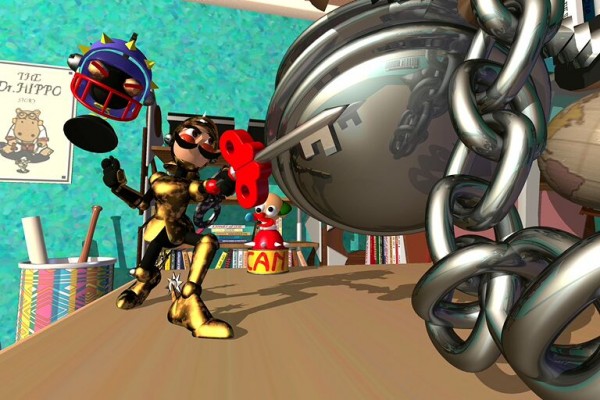 The game was made by in-house SEGA. I actually didn’t know it was a SEGA game for years, till one day I was talking about the title with someone and did some research. It actually had some rather big names working on it. Yoji Ishii (Panzer Dragoon, NiGHTS into Dreams, Burning Rangers, and recently Lost Odyssey) and Makoto Oshitani (Magic Knight Rayearth and Sonic Adventure) served as producers. The game was directed by Tomoyuki Ito, who worked on games like Dragon Force, Skies of Arcadia and House of the Dead III.

One of the best things about the game was the music, for which we have Hirofumi Murasaki (Shinobi III). The music had the ending song ‘Lullaby‘ which sounds like a classy bar song. Most of the music was set to fit the character, a bit silly and energetic. It made you want to move forward, but kept you knowing what type of person Pepper was without saying a word: a clumsy knight.

Graphics took note from what 16-bit titles like Donkey Kong Country and Vectorman tried to do. It was 2D sprites of high resolution 3D models. The game had that 2D platforming, mixed with some 3D stuff. It was a ‘coming of age’ of sorts for gaming at the time, since the gaming industry was switching from 2D to 3D. It’s true that at the time consumers wanted 3D experiences like Virtua Fighter, Mario 64 and other titles. I think the fact that the team stuck with what they knew, while trying to add a few new 3D elements that worked, made this game age way better. 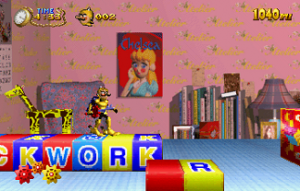 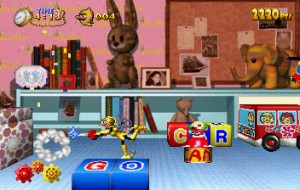 I think it’s obvious how SEGA can bring this game back. Digital distribution. This is perfect for a $10 downloadable game. 2D platformers are pretty popular online, with them being released all the time and selling well. SEGA also wants to bring back some of their ‘back catalog’. Even though I don’t consider this the first franchise I would want to see SEGA bring back, I think it’s one of the better choices for a small digital title.

The past games already have rather easy controls, so it shouldn’t be too hard to replicate. The best bit is that we are dealing with toys here, so it’s endless possibilities on the situation. You could send them in imagination quests, sort of how Toy Story 3 had  sections where kids played with them and had a different theme. They could just stick to the ‘I’m a small toy in a big world’ theme, where everything is huge and a challenge.

I know most users hate when they add customizable stuff to games: I on the other hand like it. I think it would be cool if SEGA would add items to find in secret paths, sort of ‘gears’ and also ‘gears’ for when you kill enemies. Gather certain number and get a big piece, which you can attach to your Knight, sort of letting users customize their Knights. I mean, it’s not game breaking, but it would add replay value to a rather short game like this and won’t force SEGA to add some new gimmick to sell it.

I think there is potential for a comeback for this title. Plus I like it when SEGA surprises us and brings back a not so popular franchise.