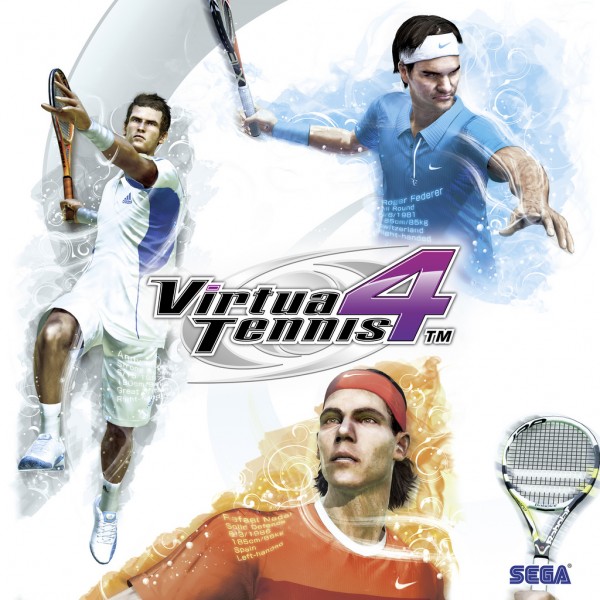 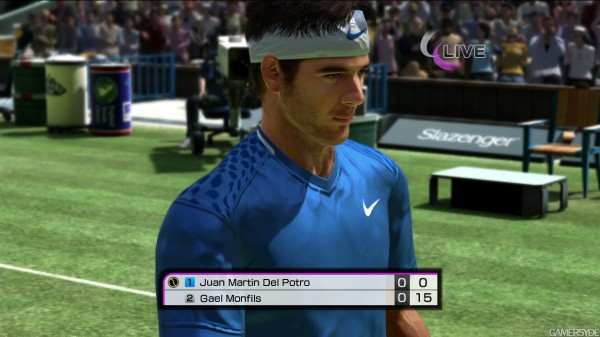 The game has parts that look really great and parts that really need more work. For example, most of the professional tennis players look great and even the audience look great. I remember that Virtua Tennis 3, even though the pro models looked great for their time, had  a weird skin texture going for them and shadowing wasn’t what it could have been.

The game still uses the blurry lens effect that most movies do. You can see it in the above screen, the background isn’t sharp and detailed like the main tennis player is. This is not a negative, just something I noticed when I was trying to see how much better the audience looked in Virtua Tennis 4 compared to the 3rd installment.

Some of the mini-games also have some of the worst looking items in a HD game. Like if you play the chicken mini-game, you will notice that the chicks look very bad. I know these aren’t a main parts of the game. Outside of my little complaints, the game has some pretty nice graphics and stands hand to hand with competing tennis sport games in the graphics department. 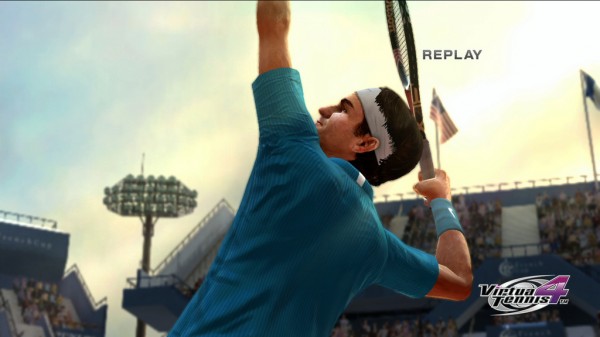 Something you have to know about Virtua Tennis is that it is an arcade tennis game. It isn’t trying to be a sim. I don’t really like sports games or even know anything about Tennis. But I like arcade style gaming and this is one of those games that are simple to pick up and play.

The World Tour mode is probably what users will spend most of their time on. It’s basically designed to be a board game. You get cards, with numbers (and specific things you can do, like rest), and those numbers on the cards tell you how many times you can move your character. The game will feature lots of split paths and different things you can land on. So in the end you will have to view the map and decide which direction will advance your career faster.

Let’s say you have a choice of landing in a mini-game or a match, if you land in the match you get star points that advance your rank. If you get the mini-game, you get your condition leveled up. Leveling up condition also unlocks move sets. World Tour mode has a tons to unlock, so much so I that I have not unlocked everything in the game yet.

If World Touring isn’t for you, you can always check out the game’s Arcade mode. Did you know this is the first numbered Virtua Tennis game not to get an arcade release? Just a little fact I’m throwing at you. If you have played games in arcades before, you basically know what the mode is like. You play matches against the CPU, each one getting tougher and tougher till you complete all the matches. Yeah, it isn’t too exciting, but it’s fun to play sometimes. Then there’s an exhibition mode, where you can set up matches the way you want. 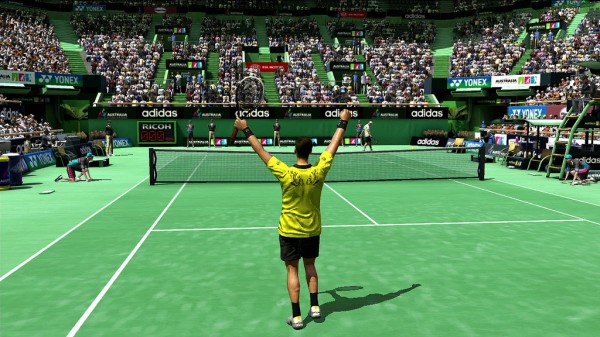 SEGA thankfully included a Party Mode. This basically allows you to replay all the minigames you have unlocked in one convenient place. Then they have a Move only mode, this gives you the ability to play a game with Move controller. Sadly I don’t own a Move controller, but I did get to play one game using a friend’s Move set up and it worked really well. I was surprised. The only issue I would have with this is that, SEGA marketed Virtua Tennis 4 as a motion game, when it has VERY little motion content. That is not good.

The last mode I had a few rounds on was Network Mode, basically online mode with a fancy title. It works as you’d expect, only issue is there isn’t much reason to go online. I mean, unless you know someone across the country to play against. There is some lag in some matches as well. This could be due to a million issues, so I won’t blame SEGA on that end. 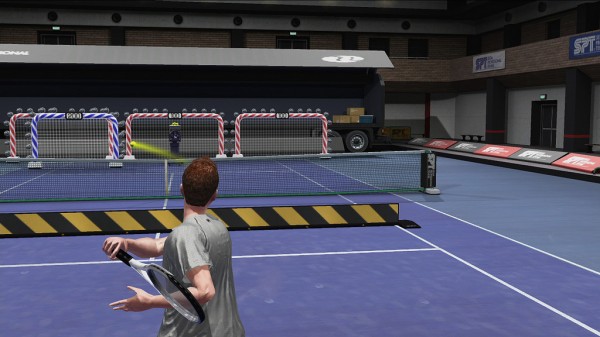 SEGA has a unique rock/jazz soundtrack for this game, giving a user different types of mood music depending on what is going on. Even though the game has a unique score, it wasn’t one I was super thrilled about listening to. Don’t get me wrong, it isn’t bad. Thankfully the game allows users to use their own music, which I took full advantage of. Not only that, SEGA also allows you to install the game, if you want, on your harddrive for faster loading. More developers need this option.

The animation in the game, which I haven’t talked about, is rather good when you’re playing the game. There is a few times that it looks weird and you can tell it cuts from regular stance into this animation of the person falling. Then there is also this ‘victory’ animation that gets repeated a ton and looks robotic. Animation in this game needs to flow smoother and look better. 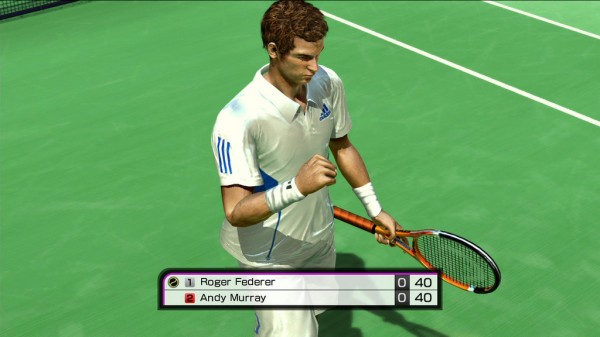 Virtua Tennis 4 rips onto the scene giving you more of what you already had before and adds new things like motion. This title has improved in most aspects compared to the older games, has tons of content and motion controls that actually work. Issue here is that there’s very little motion content.

Word Tour will give you hours and hours of play, if you haven’t purchased a Virtua Tennis game this generation, you are in for a ton of new content. If you have already bought Virtua Tennis 2009 & Virtua Tennis 3, you might not find this game to be as fresh. But it is still worth a purchase if you are a fan.