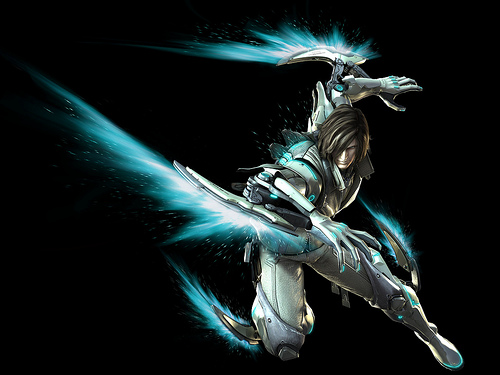 For the majority of the past few months in the lead-up to E3, SEGA’s trailers have all taken the form of short snippets showcasing the roster of characters, a majority of which seem to have come from PlatinumGames first effort, MadWorld. Whether or not this is a true MadWorld sequel ramins a mystery, at least, for the time being, for a couple of reasons.

The biggest one is the graphical style, which leaves behind MadWorld’s defining black and white (and red) art direction for, well, color. The trailers and demoes we’ve seen so far showcase the game as what it was originally announced; as an online beat-em-up, one in full color, but one with MadWorld characters and the same type of hip hop soundtrack. So is this a sequel to MadWorld or not? Will this feature the return of the critically acclaimed commentary, or will SEGA, like with their unfortunate decision to re-cast the voice actors, be leaving this feature out this time around?

With the marketing focus skewing very heavily on the side of the multiplayer, (a stark contrast to the single-player only nature of MadWorld) it’s hard to see what this has in common with its supposed predecessor. We’ve recently seen a promising-looking trailer that showcases what looks to be quite an epic single-player story mode; not at all bad for a game that looked like a multiplayer experience first and foremost.

Edit: Madworld did indeed have mini-games that were playable in multiplayer, but I was referring to it more in the context of the main campaign. 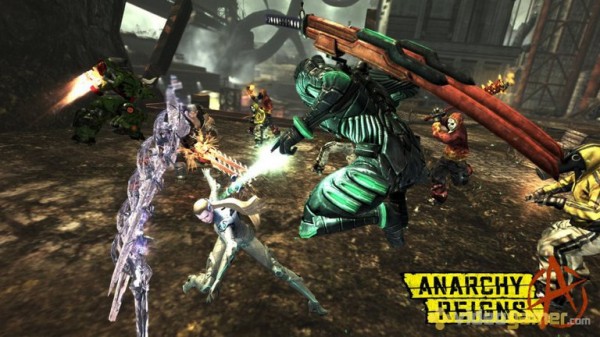 My question is how the single-player mode will play out, as this will be the defining factor for me in whether or not I’ll be buying this game come January 2012. Will single-player mode take the form of a fully-realized beat-em-up? Will it incorporate elements of an action-adventure game? Or will it simply play out like a fighting game’s single-player, where cutscenes take you from one fight to the next with very little game in between? We haven’t seen, at least, not publicly, enough about the single-player mode yet to answer this question, and it remains by far the biggest mystery regarding Anarchy Reigns.

I suppose I can see why SEGA is choosing to focus on the multiplayer when promoting the game, as an online beat-em-up is a pretty rare thing and I can see why they’d push it as the game’s defining feature. Problem is, I don’t think a lot of people have a ton of interest in an online beat-em-up, and while multiplayer’s important in a lot of games these days, I think most gamers still buy games primarily on the basis of their single-player modes. So what is Anarchy Reigns’ single-player mode like? Is it going to be a mode worthy of PlatinumGames’ past efforts, or will it be an obligatory “here’s a single-player mode so we can say we have one” experience like the single-player in something like Mario Party? The cutscenes we’ve been shown recently look impressive and cinematic, but what I really need to see at this point is either some footage, or I guess an in-depth interview, regarding the game’s single-player mode that can finally let us know exactly what we’re dealing with here.

If you’re listening, SEGA, that’s what I’d like to see some clarification on, and I doubt I’m the only one. Is Anarchy Reigns best played in single-player or multiplayer? Is the single-player a fully fleshed out experience, worth the $60 price all on its own, or is the multiplayer the real star attraction? Is this actually going to be a sequel to MadWorld despite the total visual face lift, new voice actors, and radically different gameplay? And how can you develop a single-player campaign around a gameplay style that seems completely centered on interacting online with others?

I’m eagerly awaiting more info on Anarachy Reigns, I just hope it’s sooner rather than later so that the game doesn’t fall completely off the radar, or get lost in the shuffle. Currently PlatinumGames’ latest effort is probably the biggest case of “wtf” in the industry, and that can be a good thing for a while (just ask JJ Abrams) but I think at some point we need some clarification and concrete info, and I hope that happens soon: and I’m not talking about a Famitsu interview that us Westerners will have to translate ourselves, either…

9 responses to “SEGA Sequel Saturdays: What is Anarchy Reigns?”