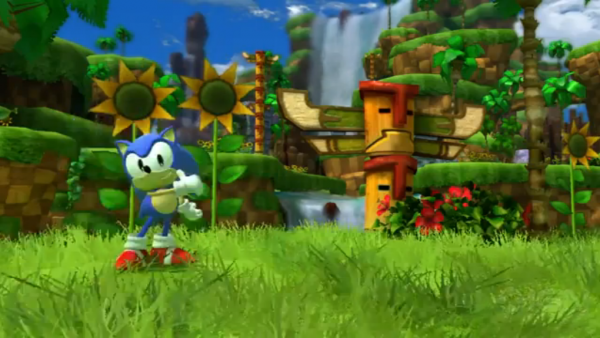 Sonic Generation is looking to celebrate the 20th anniversary of SEGA’s blue mascot in style. The game is set to feature a number of throwbacks, references, past levels and a complete mishmash of the history of the entire series as publisher SEGA looks to restore the quality that was once synopsis with the series. I spent an extensive time playing the levels available for the Sonic Generations demo and got to play as both classic and modern Sonic, click after the break to find out how the title fared! 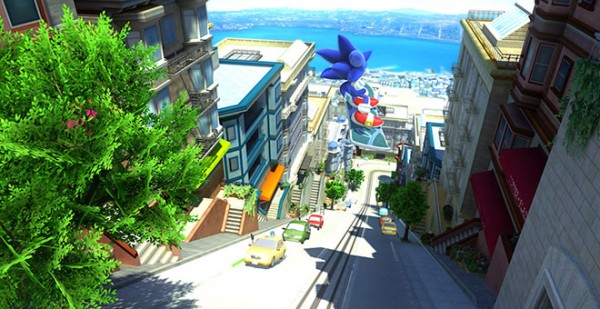 The station for Sonic Generations was SEGA’s busiest of the day, indeed slight lines began to form and if the playtime for each playthrough was as long as Binary Domain or The House of the Dead: Overkill, no doubt there would be a fairly significant queue formed. There were though a few fans who opted to play multiple times and caused some irritation to people waiting in line. SEGA had 4 Playstation 3s and 4 Xbox360s and I naturally played on the Playstation 3 version of the title being an owner of the console. 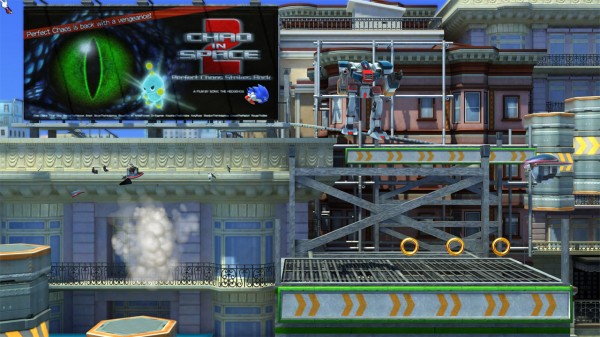 The first stage I tried was with Classic Sonic as I took the blue hedgehog down the streets of a re-imagined San Fransico from Sonic Adventure 2’s City Escape. The controls felt slightly different and the jump feels much more weighted now; in the earlier demo, something seemed off with classic Sonic’s jump but I did not find this the case with the demo, indeed instead this time his jump seemed to be spot on and it increased the enjoyment for City Escape, which must be said features a larger focus on platforming than Green Hill Zone, so it was a must that developer Sonic Team fixed this particular issue. With the issue of the weight of the jump out of the way, the rest of the controls had very little issue and were incredibly responsive, something which has eluded SEGA’s mascot for sometime now.

The level design itself is fantastic and offers a large range of multiple gimmicks, routes and in particular, you will not always get one root that is the best path you should take. A significant issue with Sonic Team’s earlier game this generation, Sonic Unleashed, I felt was that alternate routes were not alternate routes, they were the best possible routes. It is true that even the classics had a best route you could take but not every possible alternate path was just that. With classic City Escape I found myself intrigued to explore the level further and it certainly seems Sonic Team has learnt several lessons over the past few years and no more so than less bottomless pits that had so frequently plagued the series. 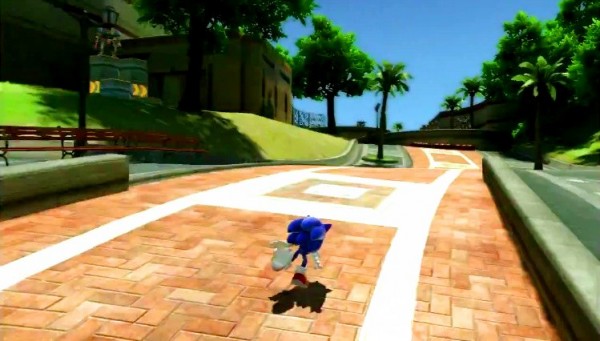 Then came to the time to try out modern Sonic’s gameplay segment. I had in my mind decided that I would try and complete the level without boosting, or boosting as little as possible, but it seems that modern Sonic’s acceleration has been brought down a few gears to ensure the player does boost. So 10 seconds in my attempt to boost very little was all but abandoned. Those familiar with the original City Escape would remember that the level begins with Sonic snowboarding down the streets, unlike the original however, GUN robots and one bottomless pits are placed as hazards for the player to avoid. The controls for Sonic’s snowboarding segment felt slightly loose although not too much to ruin the enjoyment factor that it provided and soon that particular part was over.

The meat of the stage involved the gameplay that Sonic fans have come to familiarise themselves with thanks to Sonic Unleashed and Sonic Colours. Unlike Sonic Unleashed however, not every portion of the stage were long stretched out corridors that the player would need to hold boost to win. There was plenty of open spaces for the player to run through and the switch to 2D allowed a good level of platforming and an improvement over Sonic Colours loose controls was replaced by Sonic Generation stricter control over the character. If there was one issue, I would say was towards the end when Sonic is chased by the GUN track. In my view, it runs far too long and essentially the player is holding to boost until they reach the end of the level with very little input with the exception of the buzzsaws that descend to cut Sonic to shreds. 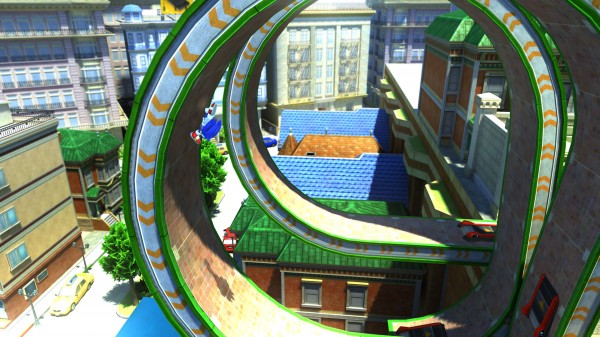 The level design for modern Sonic was good however, the level had plenty of charm and throwbacks towards the original level and with the exception of the truck chasing Sonic at the end, there was a good level of interactivity for the player. Although not nearly as branching as classic Sonic’s version of City Escape, modern Sonic had multiple pathways for the player to pick on. Unfortunately unlike classic Sonic, I could not confirm if there was a best route the player could pick to complete the level or if there was extra options presented to the player. In the end however, modern Sonic had another level designed in competent fashion and was made in such a way that a player should have plenty of enjoyment much like the original in Sonic Adventure 2. I should note that the bottomless pits are, like in Sonic Colours, now marked by warning signs and a good idea that Sonic Team have built on from their previous titles.

There were two glitches in the demo that I had noticed, although I was assured the game was an earlier build. There was some problem in the 3D to 2D switch for modern Sonic that in the end had me falling through the background and into my doom. Another I noticed was that during the truck chase, Sonic would sometimes get himself stuck in the bends and the player would have to manually move the character towards the speedbooster before the incoming truck crashed into Sonic.

Unfortunately I was unable to hear much sound throughout my play time so I cannot comment on that matter. The graphics throughout each playthrough held at a steady 30 frames per second with, as far as I could see, no dip to a lower frame rate. Each level had the colourful charm of Sonic games and helped to ensure that the vibrancy of the original stage (And city) was captured. In relation to the physics, there seemed very little change and much to my disappointment, classic Sonic still seemed to slow down even when rolling. 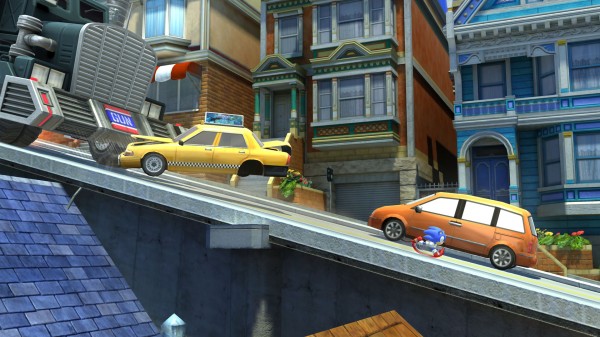 From what I played of Sonic Generations, the title has all the quantities to be the best Sonic game in well over a decade and has all the attributes to not only be remembered fondly as a good Sonic game, but also as a good platformer. On the day though, it certainly was not I who found real quality but it seems Sonic Generations may finally tap into the mass market the series had such ease accessing in its heyday. With better controls, greater level designs and art direction that makes each stage feel different in its own way, Sonic Generations is looking so far to be the comeback game for SEGA’s blue mascot. That concludes the preview for Sonic Generations, join me next time when we look into Team Yakuza and producer Toshihiro Nagoshi’s newest game, the third person squad based shooter Binary Domain.