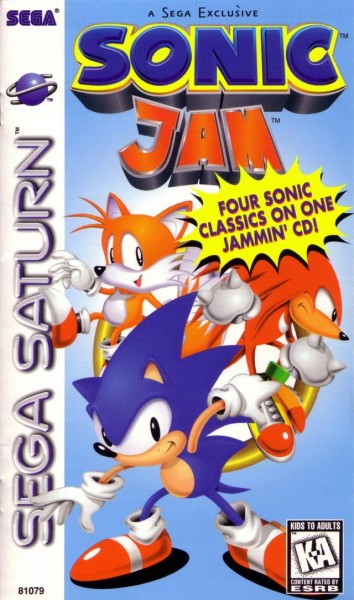 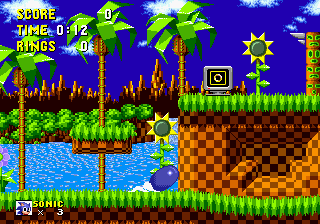 Firstly, let’s talk about the quality of the ports: I am happy to say that there was clear effort put into bringing these games to the Saturn. These are not simple emulations, but rather ports recoding the games for the Saturn hardware. As a result, many bugs from the originals have been removed, including the infamous spike death glitch from Sonic 1. Additions have also been made to all the games, including the addition of a spin dash in Sonic 1, as well as alternate difficulty modes that change or remove stages to reduce the challenge, and a time attack mode.

On top of the improvements made to the original games, Sonic Jam also adds some all new content in the form of “Sonic World”, a small three dimensional level that the player can run around in. This world is the closest we ever come to playing a true 3D Sonic adventure game on the Saturn, and it is indeed a glorious experience for any Saturn fan who’s had to endure the myth that the Saturn can’t handle three dimensional graphics. Sonic World is both a testament to Saturn’s technical capabilities, and a fun little area to run around in. The world gives you a series of trials to complete, such as collection rings, hitting goal posts, and rescuing tales. The world also serves as a hub for the game’s special features. You can listen to music, watch Japanese commercials and rarely seen cartoons, and look at art for the games, all through the world’s various museums. 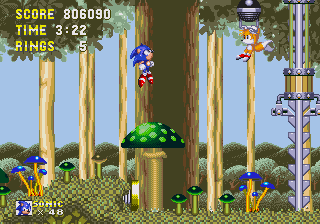 Graphically, Sonic Jam is a top notch affair through and through. The frame rate is often better than the Genesis originals, ironing out some of the stuttering that occurred in the originals. Sonic Jam also runs well, and is easily one of the best examples of three dimensional graphics on the Saturn. It’s amazing what Sonic Team has been able to do here, especially when compared with many of the third party efforts on the Saturn. The world serves as playable proof of Sonic Team’s deep understanding of the machine.

Sonic Jam’s audio is also top notch. The Sonic series is renowned for its soundtrack, and newcomers will be able to see why here. The Sonic series’ music is a mix of jazzy tunes, 16 bit rock, and all sorts of other melodies. Sky Sanctuary is a particularly favorite of mine. It has a sweeping, epic track that makes some of the best use of the Genesis’ musical capabilities out of any game I’ve experienced. I’ve frequently come back to this level largely because of its music. The music in Sonic Jam’s Sonic World also certainly fits in with the audio tracks from the Genesis games, though it’s not quite as catchy. 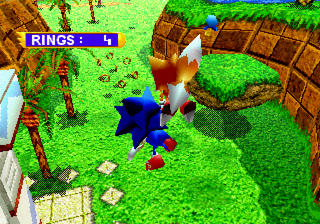 Sonic Jam still stands as an exceptional compilation, even today. It’s head and shoulders above a recent release. (link to Sonic Classic Collection) It doesn’t have as many games as Sonic Mega Collection or Sonic Gems collection, but I would say it’s still better then these other compilations. No one wants to play Sonic Spinball, or the Genesis version of Sonic 3D Blast, or Sonic R. While SMC and SGM just take a bunch of roms and slap them on a disc, Sonic Jam has the definitive versions of core Sonic games people actually care about and want to play. Sonic Jam isn’t as cool as it was when it came out. The art, music, and movies in the game’s museums are now all readily available on the internet. SMC and SGM also have some pretty cool games that Sonic Jam lacks, like Ristar and Sonic Triple Trouble.

There really is no definitive Sonic compilation. For those who just want to play the core Sonic Genesis games Sonic Jam is still easily the best choice. At least, until SEGA finally decides to stop screwing around and just throw a rom of Sonic Jam onto Xbox Live.