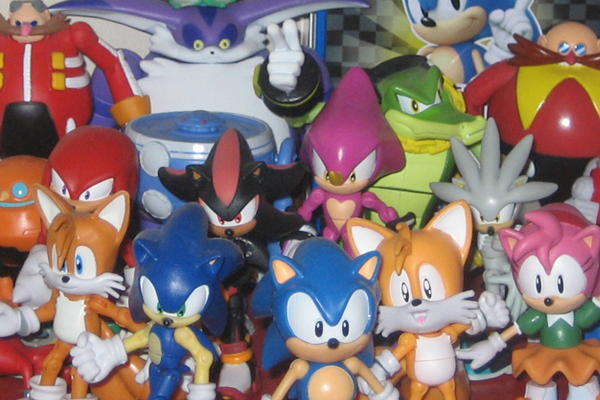 2011 has been a huge year for Sonic in a number of areas: we’ve seen the return of the Genesis-style gameplay, Archie’s Sonic series gave us a great adaptation of Sonic 1 and Sonic 2 and the toy company Jazwares has released a number of action figures celebrating Sonic’s 20th anniversary. While I haven’t been posting about the many figures here at SEGAbits, over at SEGA Network affiliate SEGA Memories I’ve been regularly sharing the Jazwares toys. As of this week I’ve collected the full line of 20th anniversary figures, at least until Jazwares releases more which they have hinted at doing. What follows is a handy roundup of all my Jazwares figure posts from the past year, where I review each figure and share photos. Enjoy!