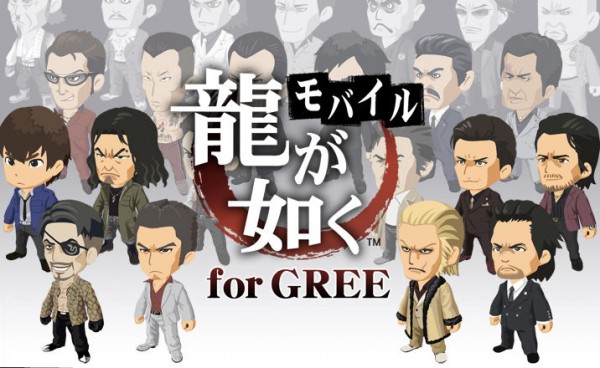 GREE platform, a mobile social gaming company that brought hit games to cell phone is moving its operations world wide. On the site they said they will expand their business to iOS and Android devices. They announced Seven major publishers who are joining, one of those publishers being SEGA.

Here is the less exciting news, some of the publishers listed their games as Japan only. So Yakuza for GREE a Japan only title? Nope. But it isn’t confirmed to be coming West yet, it says “locations TBA.” Hit to the jump to see all the publishers involved and click here to see the product page.