Merry Christmas everyone! What many of you may not be aware of is that I’m not just a staff writer on Sega Bits. I’m also a staff writer on Sonic Stadium and have my own (currently on hiatus) Sonic webcomic, Sonic Eggs. It’s a Sonic X parody comic I’m very proud of and am very lucky to have had some Archie comic talent working on it thanks to my producer Nuckles87. Last year, one of those projects I was able to do was a short X-Mas story with art by Sonic Universe artist (and current writer) Tracy Yardley! (BTW, the exclamation point is his thing.) Click to read the comic and also an explanation on a character you may not be familiar with.

Now, before you read the comic, you may wonder who or what “El Gran Gordo is. 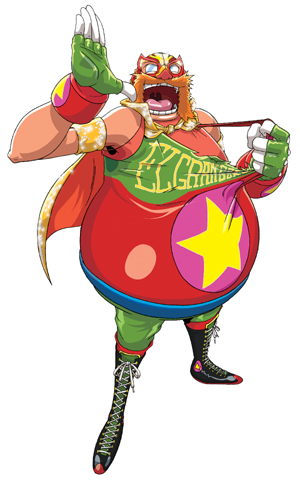 El Gran Gordo is basically Dr. Eggman’s “Good” persona. He was created by Ian Flynn around Sonic X #26 in which Eggman hatched a scheme to make extra money for his plots by posing a fake luchador wrestler. He used a form of trickery using heavy magnets and nanomachines to force his opponents to the mat. Chris Thorndyke (the snotty little rich kid in the anime XD) is a huge fan of El Gran Gordo while Sonic sees through Eggman’s disguise. Sonic challenged Egg-errr “El Gran Gordo” to a match and the two duked it out with Sonic as the victor. However, for the sake of Chris’ feelings, Sonic kept Eggmans persona a secret. 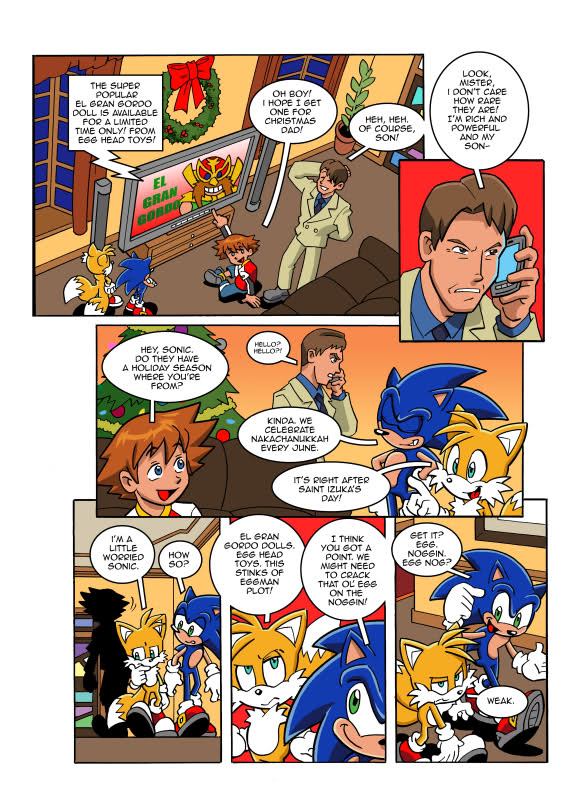 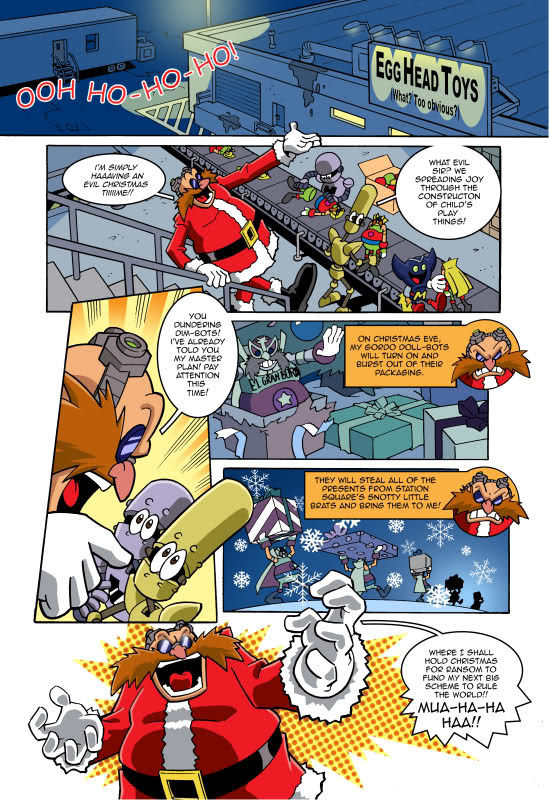 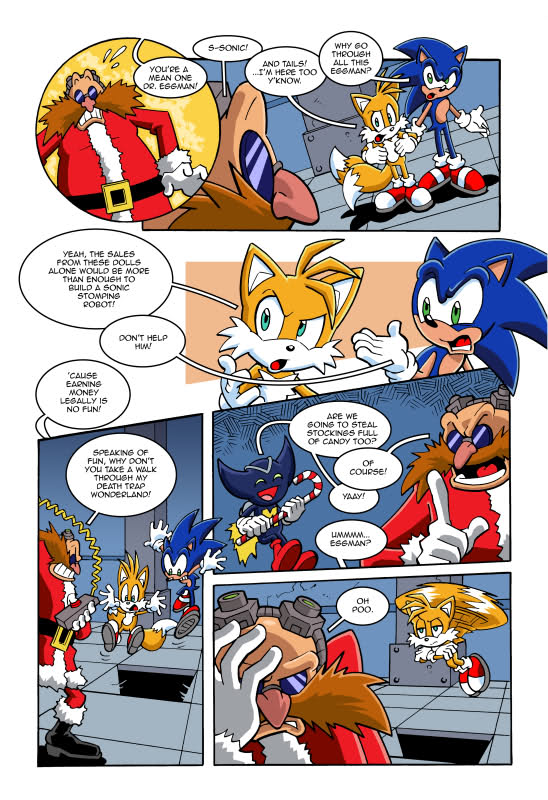 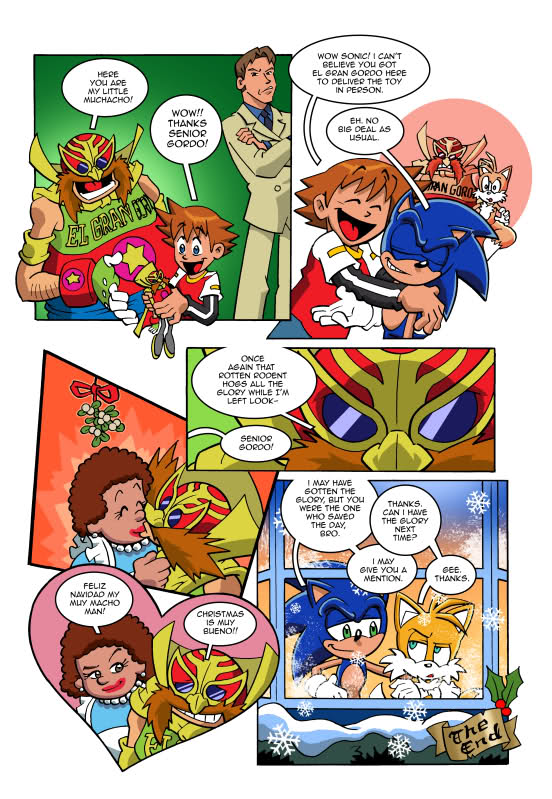 Hope you all enjoyed this. Have a very Merry Christmas and a happy 2012!