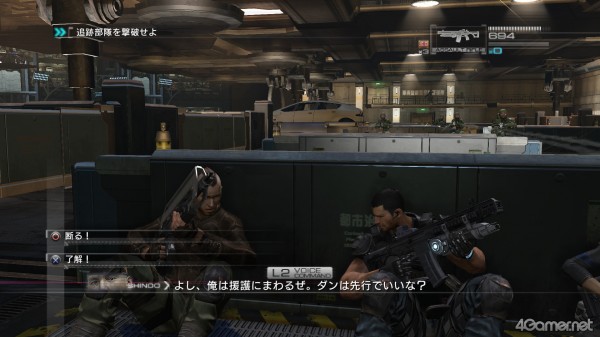 For those who were thinking that the five characters that SEGA has been showing since Tokyo Game Show was your complete squad, think again, as today SEGA of Japan released shots of a new character never before seen, Shindo, a Japanese man who seems part of Mifune’s underground network. Also shown was a new stage, set in a car making factory as Dan, Cain and Shindo shot it out with the robots. Click the link for some a lot more screenshots, including a boss character that seems to be a red robotic ape and shots of the story itself.