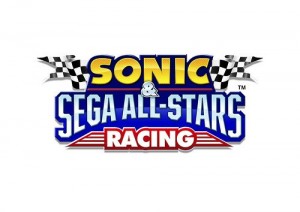 Sonic Stadium has today received a news tip that there may, in fact, be another SEGA All-Stars game in development. Their tipster recently spoke to a high ranking member of Sumo Digital, who had this to say when querried about upcoming projects:

“Now working on another title for Sega on 3DS, VITA and WiiU. [The] title we are working on is top secret but the last game we did for them was Sonic And Sega All-Star Racing, so the logical conclusion would be…

An interesting, albeit cryptic little message, no? Sonic Stadium has been able to confirm the authenticity of the discussion and it’s source from Sumo Digital, lending considerable credibility to this rumor.

Given that the only platforms mentioned are WiiU, 3DS and Vita, Sonic Stadium is speculating that this could be a remix of the original Sonic & SEGA All-Stars Racing for these platforms. A caveat in that speculation is that the tipster has also informed Sonic Stadium that Sumo Digital isn’t doing any further work on the original game.

Of course, it could also not be a racing game at all, but a whole different kind of entry into SEGA’s mascot mash-up series. Maybe a fighting game, or a party game, or god forbid…golf?

Given that this is a rumor, the usual warnings apply. Take this with a grain of salt. It hasn’t been officially announced, so even if this rumor is 100% legitimate, anything could happen behind the scenes to lead to it’s cancellation. Sonic Stadium is about as reliable as a source gets, but even they can be wrong. Being a staff member there though, I can confirm that this wasn’t posted on their website without being passed by the right people.