SEGA returns with another Concept Art Friday, releasing to their blog today more art from the upcoming Sonic the Hedgehog 4: Episode 2. This week they’re showing off another baddie, one who goes by the name of Chop Chop. Unlike past Episode 2 badniks, this is an enemy taken directly from Sonic the Hedgehog 2. After the break, the other piece of concept art revealed. 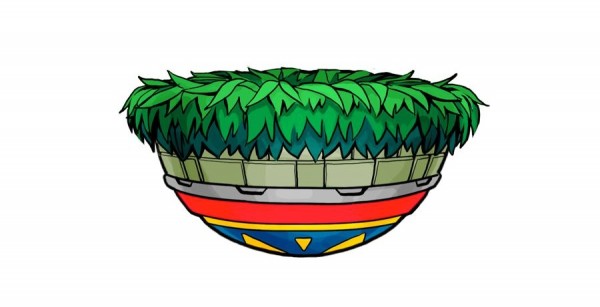 This object, named “flip platform”, was revealed on SEGA’s Sonic Facebook page. It appears to be a platform on one side, and a bumper on the other. Given the name, I assume it will flip at a set rhythm and players will need to time their jumps across a row of them, lest they hit the bumper side and get hurled into a hazard.