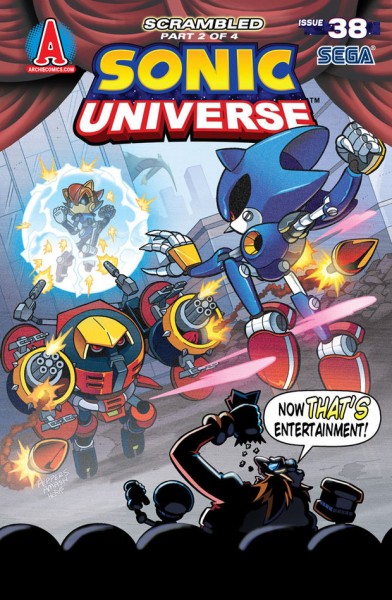 Segabits is would like to announce that we will now be doing preview and reviews of the Sonic comics. First up is a five page preview of Sonic Universe #38 (available in comic stores next week.) The second part of the “Scrambled” arc show that rotten Eggman invading Station Square with some Eggman-looking At-Ats just to get at the traitorous Snivley who has escaped from the Eggman empire to plead with his niece Hope. Meanwhile Omega and an entire army are fighting the invasion while Shadow and Rouge protect the president. (What a lousy way to keep those two out of the fight! I’m not much of a Shadow fan, but having him fight Eggman’s army would give this issue some great action.) Anyway, hit the jump for the full preview of this hard-boiled (Get it?) tale of treachery. 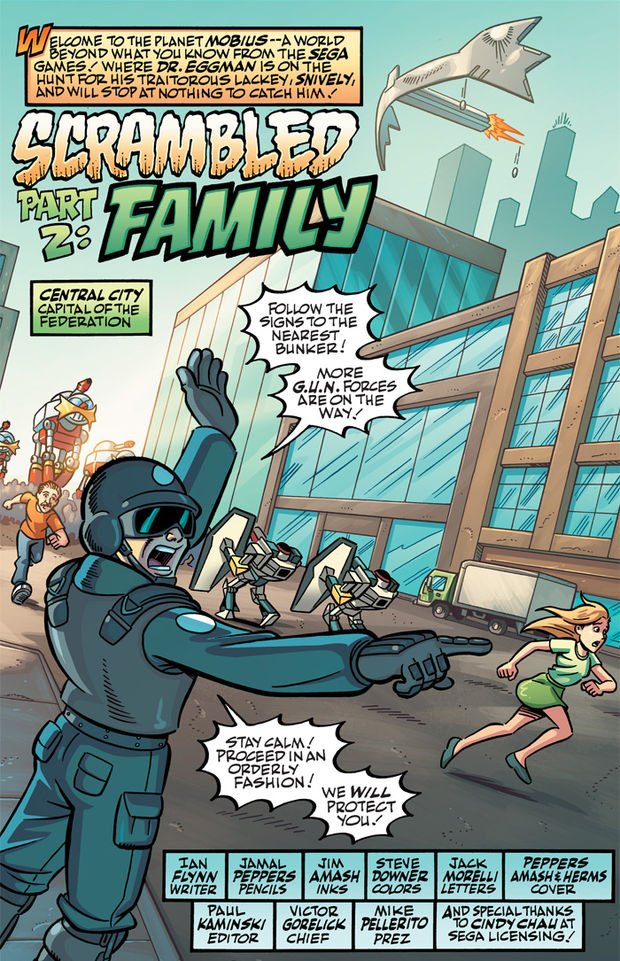 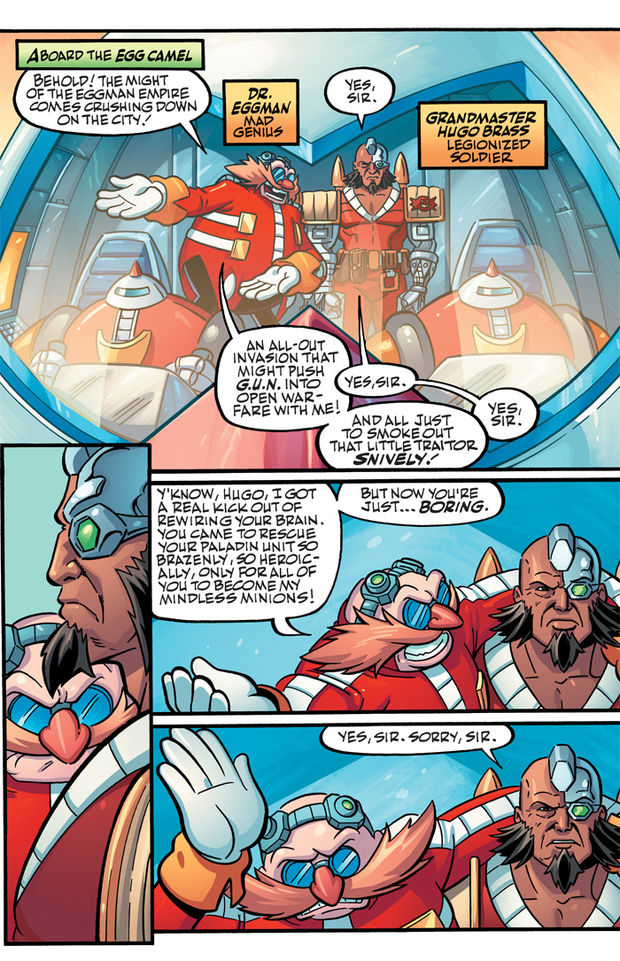 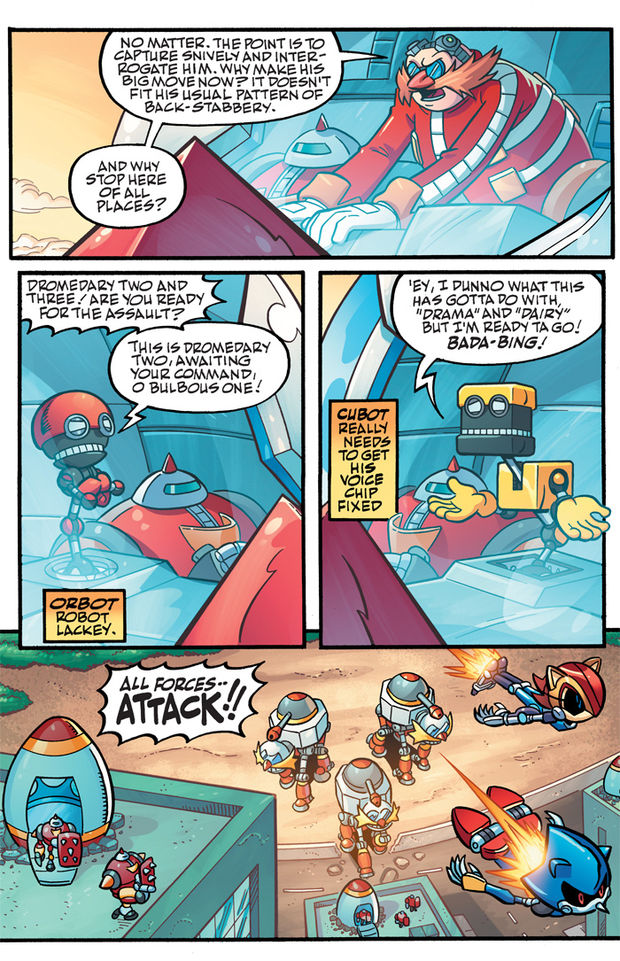 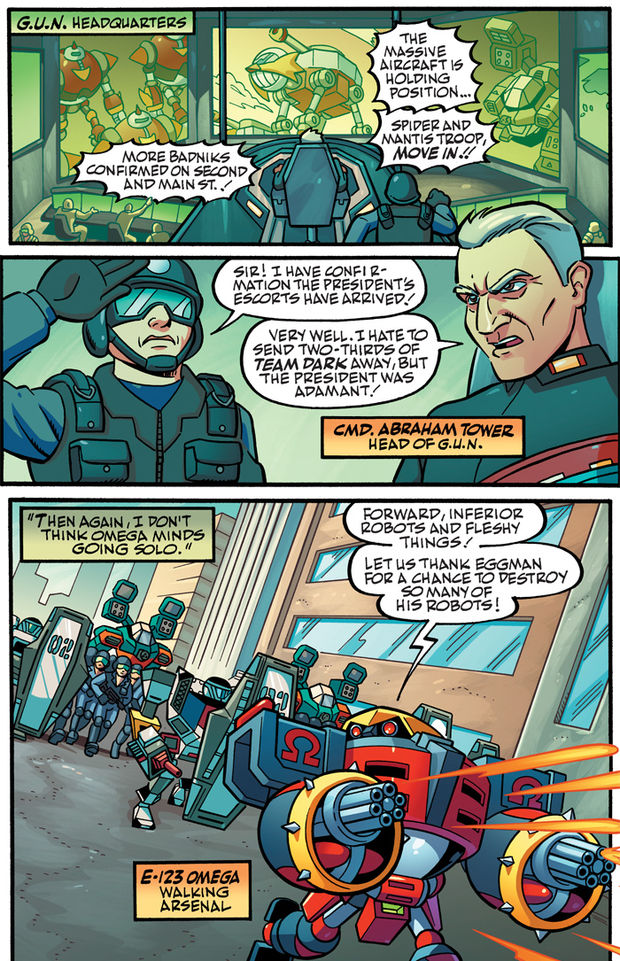 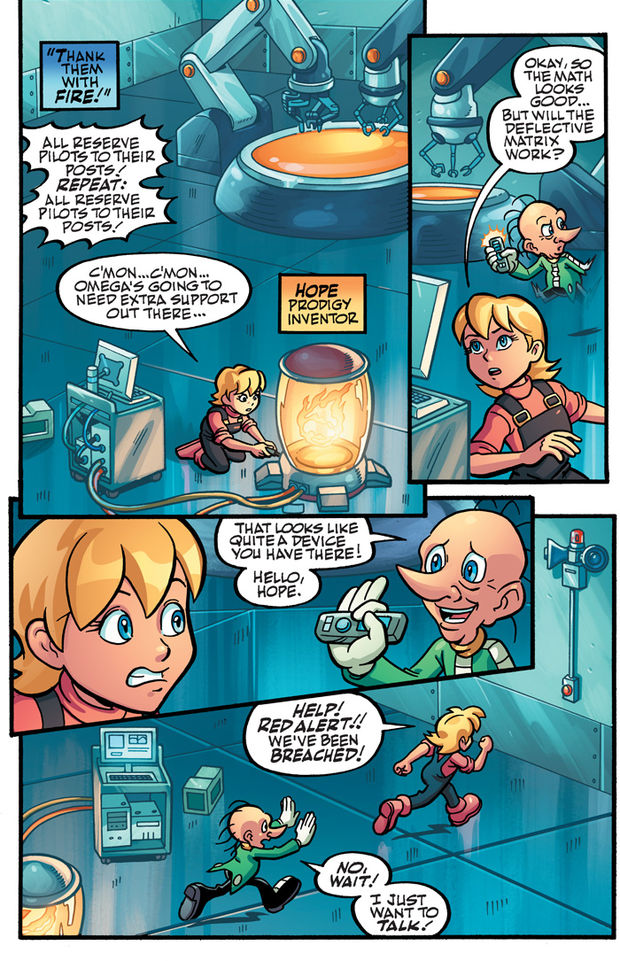