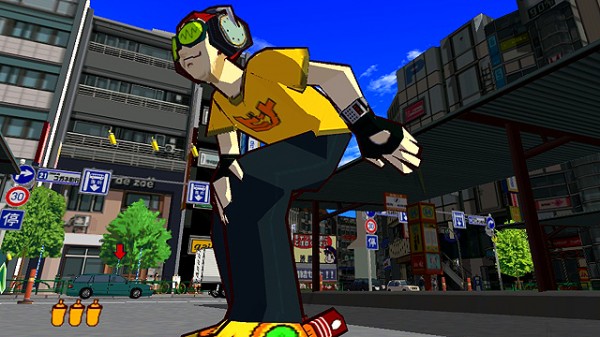 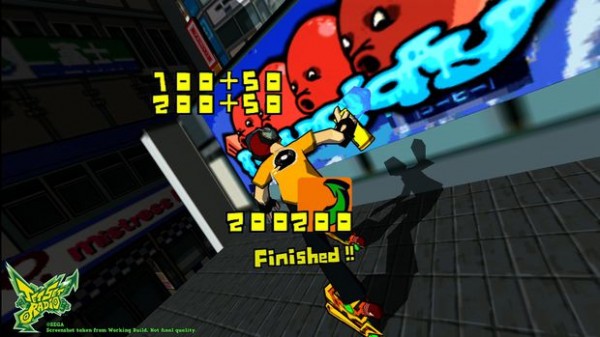 In a sense, Jet Set Radio is the first truly master class Dreamcast game to be brought  to digital platforms with absolutely no strings attached. 80% of its (license heavy) soundtrack is intact, the game is in full widescreen, and it’s even added a few new additions to the game play. Everything seems sound so far, but does it still play as well as we remember?

Yes. Yes it does. In fact, as far as the game play is concerned, this is exactly the Jet Set you remember. The momentum based physics, movement, jumps, and tags are all exactly as you remember them. So think of this section as a recap for the uninitiated. Jet Set Radio is a roller skating game, though when I say roller skating game, don’t even think about comparing it to Tony Hawk, as this is a very different kind of skating game. In fact, don’t really try to compare this to any type of game, as there isn’t much else like it. Jet Set’s level design feels like that of a 3D platformer, with lots of jumps and grinding tricks required to get around. You skate through these levels trying to tag every marked area of the map within the time limit, all the while you’re being chased by the cops, chasing off other gang members, and trying to avoid getting shot.

Now, there is a right way and a wrong way to play Jet Set Radio. The wrong way is the way I play it: running around a level clumsily trying to tag everything. I suck at Jet Set, I’m not afraid to admit, but playing it the right way takes a certain level of skill, finesse and practice. The right way to play it? Stylishly jumping, grinding, and skating through a level and effortlessly pulling off small graffiti tags and collecting enough cans to successfully complete all of the more complicated tagging on the first go around. I’ve yet to actually pull this off in the game, but there are plenty of others who have. It is a game I highly recommend to fans of platformers, skating games, Sonic games, and just hardcore gamers in general. 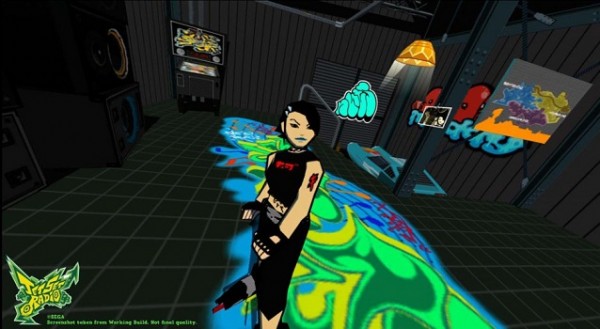 Graphically, Jet Set Radio’s HD release is…probably the best Dreamcast rerelease I’ve seen so far. One thing I distinctly remember about the original release was how jagged it looked, largely because I felt it detracted from an otherwise great looking game. On the HD consoles, though? The jaggies are diminished considerably, to the point where I don’t really notice them anymore, and the game looks a lot better for it. Seriously:  this game is gorgeous, and it’s nice finally seeing it’s beautiful art style in HD.

Jet Set Radio is the best Dreamcast re-release yet. Fans of the original will not be disappointed. Hopefully, people who missed it the first time around will consider picking up this SEGA gem. Jet Set Radio is scheduled for release this summer on XBLA and PSN.

The Weekly Five: Things we need to see in a digital version of Sonic Adventure 2