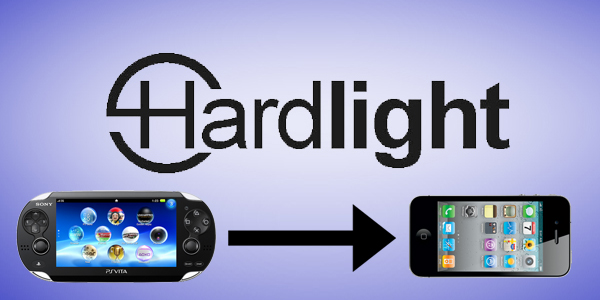 In January we reported on a new SEGA studio called Hardlight, whose goal was to develop “high quality and innovative experiences for both current and future platforms”. Hardlight’s first game was, and may still be, a “unique action adventure” for the Playstation Vita. However, since SEGA’s recent changes, some SEGA fans questioned what was to become of Hardlight’s project. After the break, speculation as to what the status of the game is and why it might be heading to iOS.

Of most interest, though, is probably the secret project that’s taking up most of my time. I’m currently narrative designer for a major new Sega IP for Playstation Vita being developed up at Sega’s new ’boutique’ studio outside of Birmingham. Boutique, for once, is actually being applied quite fairly – this is a bunch of around 15 highly talented chaps and chapesses producing what Sega sorely needs: new, ambitious, home-grown intellectual property. The studio’s creative team is headed by Simon Woodroffe of Simon the Sorceror and Call of Cthulhu: Dark Corners of the Earth fame, and we’re working on what is probably only the second game I’ve worked on which I felt might really do something great with its writing. (The first was the ill-fated Hydravision zombie game.)

The game’s being designed from the ground up with narrative as its focus, and right now myself and another designer are knee deep in fleshing out the gameplay scenarios and producing a vertical slice. We’re hoping to be able to announce details Q1 next year. Story development is actually in large part being informed by the aesthetics and philosophy of mind that I’m researching at King’s, and I’ll probably bore you to tears with some details on the latter some time soon.

Sounds positive, until it was announced that creative team head Simon Woodroffe was leaving Hardlight, and the Vita project, to work for Rare. Since this unfortunate announcement, Tom Jubert updated his resume to include the following:

Could it be that Woodroffe’s departure, coupled with SEGA putting more of a focus on digital titles when it comes to new and risky IPs, meant that the platform for Hardlight’s game shifted from Vita to iOS? Sure Vita is capable of digital titles, but considering how much larger the iOS in in terms of users, an iOS shift is both possible and would make sense. As always, more on the story if we hear anything.

Super special thanks to SEGAbits forum member Pao for keeping us up to date on Hardlight.