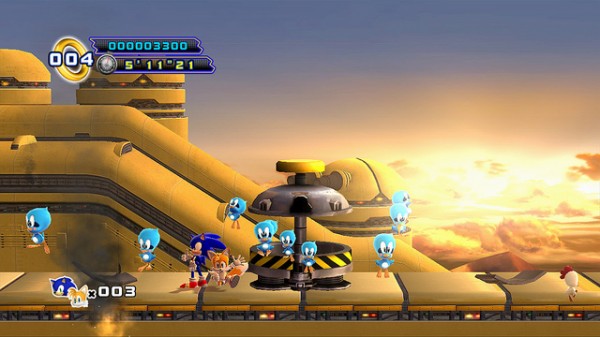 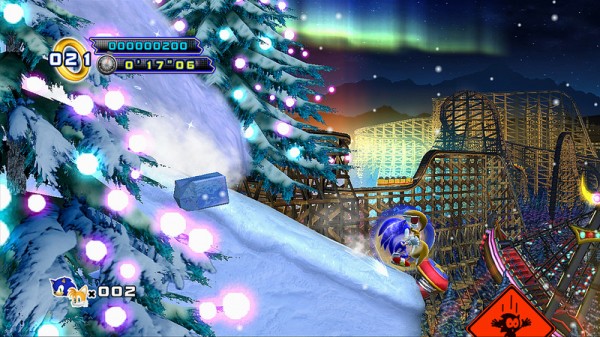 When I first heard of Episode II being announced, it didn’t surprise me… but at the same time, I wasn’t all that excited. I am happy to say that I think Sonic 4 Episode II is a really good game! I think it’s more fun than Classic Sonic in Sonic Generations, personally…

I love the graphics, they are so pretty… Especially the snow levels! I love to play the snow levels and just look at the background. Of course the other levels look good too, but I have a soft spot for winterish levels, so yeah…

Anyways, the gameplay… um.. it’s fun! The combo moves are fun, flying is fun, most of the music is good, rolling is fun. Only problem with rolling is that your speed is limited, I’m guessing that’s because of the co-op mode, cause if you were in co-op and had unlocked speed, someone would be getting left behind. Having the speed locked allows you to run by your partner’s side in co-op mode with little issues.

I’ve been playing this a lot with my friend MrFranklin, and it takes practice to do good runs in co-op mode. Almost everything is harder, but it’s fun, since you’re playing with another human. On a side note, it’s sometimes fun to troll the person you’re playing with when you play as Tails; occasionally I’d slam him into a fish in the water, or some spikes =) 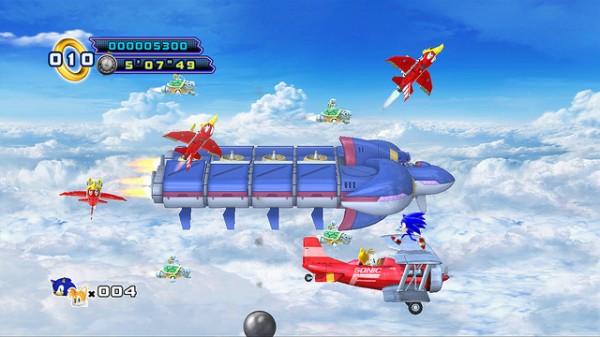 Episode II has a lot to deal with. The first episode was loved by critics mainly because it was the first 2D Sonic game in HD, but it was torn apart by fans who lambasted every piece of it. Obviously this affects how the critics see the second game and they are being more aware of any flaws they see (hence, the lower scores it’s been getting). This saddens me, because Episode II is an improvement over the first in most respects. The physics work great, the levels are larger, more challenging and more original, and the bosses are definitely more original and tough. Hell, Sky Fortress is actually a better zone than the Genesis original it’s based on!

However, I say “most respects” because I still think there are a few elements Episode I did better. While the soundtrack by Jun Senoue seems to use a few more instruments in its chiptuning and has a more “Genesis” feel, it’s also bland and unmemorable for the most part. I actually preferred his music in Sonic 4-1 more (except boss battles.) Also, it’s missing a lot of the “flow” of classic Sonic games. It’s more about standard platforming and going through gimmicks than it is about a good mix of speed and platforming. While the new Tails gimmick is fun and easy to use, it also cheapens the game a bit. I never felt the need to spindash almost ever and that just feels odd.

That said, I still think it’s well worth its $15 price point and most Sonic fans should be much happier with this one compared to the last. Especially if you’re crazy like me and actually liked the first one. However, if you really loathed the first episode and hate homing attacks and boosters to no end, I doubt this one will change your mind enough to warrant a purchase. 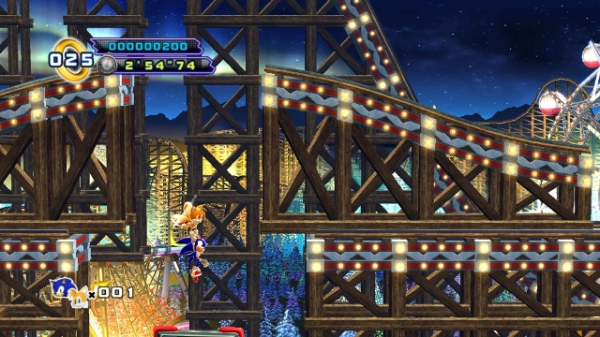 Perhaps the negative reviewers are trying to make up for the positive reviews they gave Episode I? I just don’t see why this game, which improves on so much of the first one, deserves such a low score. Is Sonic 4 Episode II what I imagined a Sonic 4 to be? No. But then again, I never imagined there to be a Sonic 4 after the release of Sonic Adventure. As a Sonic fan who started out on the classics (1991, baby!), I like Sonic 4 Episode II because it has so many elements that made me a fan of the series. And really, in the end, that is all I wanted from a 2D Sonic game made in 2012. A game that has the gameplay rules of the originals, but offers up just enough new elements to keep it unique.

To restate something I said on Friday’s podcast: I would pick up and play a game like Episode II over a game like Colors because Episode II is more true to what a “Sonic” game is to me. 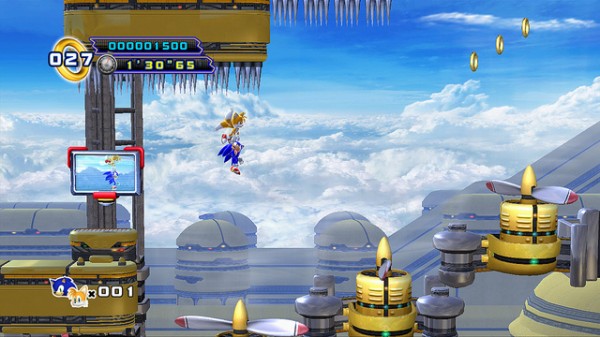 Another year, another Sonic game. And yet even as I sit here, having written my review and, for all intents and purposes, having closed the vault on my Sonic the Hedgehog 4: Episode II experience, I’m still a little uncertain about my thoughts on the whole “Sonic 4” thing.

Episode I was, to me, a complete disappointment. It was a game that left me with such strong feelings against it that it’s difficult to say whether my enjoyment of Episode II is even because of its virtues as a game; is it possible that my expectations were so lowered by the trainwreck that was its predecessor that I would have liked almost anything that improved upon it?

The fact is, I doubt I’ll ever know what I’d have thought of Episode II had Episode I not taken place, but what can I say? In spite of its endless underwater sections, pointless co-op, (sorry Shadi) and a soundtrack that calling a “mixed bag” is almost too much praise, I played through the short duration of Episode II with a grin on my face. The game, to me, captures some of the same feelings that I originally had back when I was a kid playing Sonic the Hedgehogs 2 and 3 on the Genesis, and that’s a huge compliment. It must be said though that Sonic 4, even if there is another episode, will never hit those heights entirely; DIMPS is simply not capable of developing a Sonic platformer like SonicTeam is, and Sonic 4 has, unfortunately, always been primarily their responsibility. But they listened to the fans and to their immense credit, when Episode II works, it really works.

White Park Zone is an example of a stage that feels both Sonic-y and yet truly fresh at the same time. Sky Fortress Zone took a concept from an earlier point in the series and really brought it to current-gen life. I thought the bosses were over the top and felt nothing like the bosses in any other Sonic the Hedgehog game, but I wouldn’t have it any other way. And though I can’t stand the Sonic/Tails spin dash move, their dynamic otherwise is exactly how you take an old mechanic and bring it up to speed. It’s in these features and ideas that Episode II comes into its own as an entirely new experience; not an imitator, but a true sequel, the type of thing that this project should have been to begin with.

Unfortunately, this is a digital release, and so the experience ends before you can even blink. It’s difficult for me to imagine how incredible a game like Episode II would have been with a bigger team and as a full retail release on the scale of something like Rayman Origins; it would have been the Sonic 4 that Sonic 4 deserved to be.

So it’s with mixed emotions that I embrace Sonic the Hedgehog 4: Episode II for what it is; a bite-sized taste of what could have been. I enjoyed the game and am eager to play what will hopefully be an Episode III. But give us 8 zones, SEGA……..not just 4. Connect it with Episodes II and I (Episode I’s physics and controls improved, preferably) for a big “Sonic 3 and Knuckles”-sized adventure that we can truly sink our teeth into. It’s Sonic 4 that we’re talking about here….let’s go all out, eh, guys?

13 responses to “Round Table: Our thoughts on Sonic 4: Episode II”