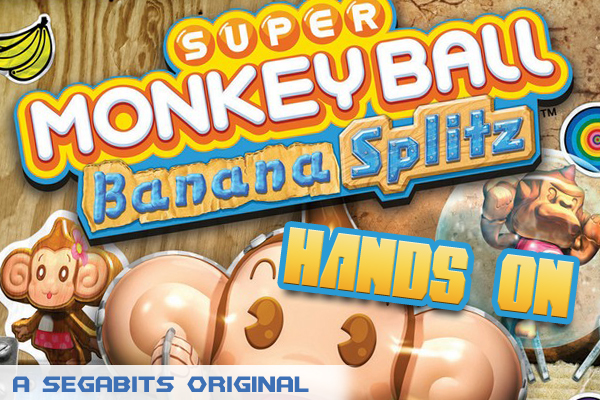 Hardcore has returned to Super Monkey Ball. After being completely absent from the disappointing 3DS release, SEGA is bringing the difficulty back to the franchise in what looks to be the strongest handheld entry in the series yet.

Several modes were available in the E3 demo: Beginner’s Mode, Advanced Mode, Monkey Bowling, Love Maze and a stage generator mode. Beginner’s mode is exactly what it sounds like: easy Monkey Ball levels. People who are either new to the franchise or want to freshen up on easier levels can play this mode without worrying about being brutalized by the game’s difficulty. It is essentially like the early levels of any Monkey Ball game. 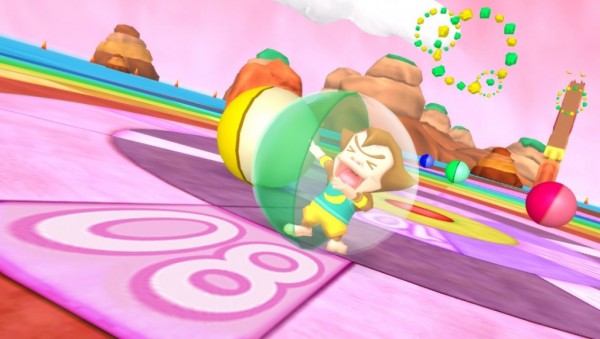 Advanced Mode is where things get interesting. Newcomers, do not be fooled by the game’s cutesy look! These levels feature no rails and lots of ways to die. The first stage takes place on top of a dome that is very easy to roll off of if you’re not careful. The second stage forces you to speed down a ramp with pieces of it moving back and forth. The final stage of the demo is specifically meant to punish people who like to take their time. It takes place on three interconnected circular paths with bumpers constantly moving around on the paths. If the player goes too slow, they’ll be knocked off the course and killed. This course requires very precise control and maneuvering, and this is also where my playtime ended, since I lacked the skill to beat it.

Aaron Webber, the game’s brand manager, told me it took him thirty tries to beat that stage. Thirty tries, from one of the people who have access to the game every day! It is so refreshing to finally have a Monkey Ball game like this on a handheld. This isn’t a game designed only for kids, despite the cutesy visuals. If there is any drawback to this part of the game, it’s simply that this isn’t anything new. This is classic Monkey Ball through and through, so don’t go in expecting any big changes or innovation. Given how long it’s been since we’ve had this kind of Monkey Ball game though, I welcome this lack of change. 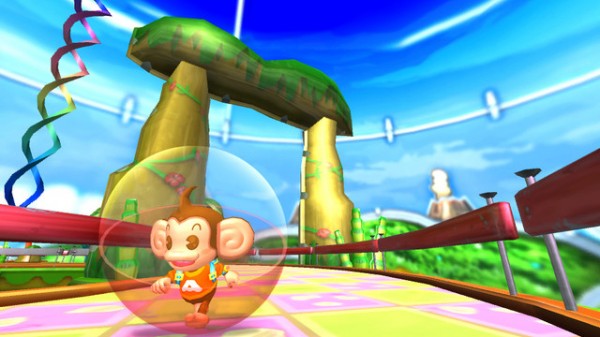 Of the three mini games I got to see, Monkey Target wasn’t playable, but it looks like an extension of the original Monkey Target. You roll down a ramp and get thrown up into the air. From there your ball opens up and you are able to glide through rings. Rather than landing on a simple target though, you land on a Pachinko table, and then roll down to a specific area to score.

Monkey Bowling is about what you’d expect, but with a touch screen twist. The goal here is to, of course, roll your monkey ball through increasingly elaborate courses and knock down the bowling pins. You now control the direction you roll your monkey with a flick of your finger, and rather than bowling on simple straight courses, courses can now curve and have ramps that can send your monkey into the air. It was a fun mini game, though not really on the level of old school Monkey Race or Monkey Target. 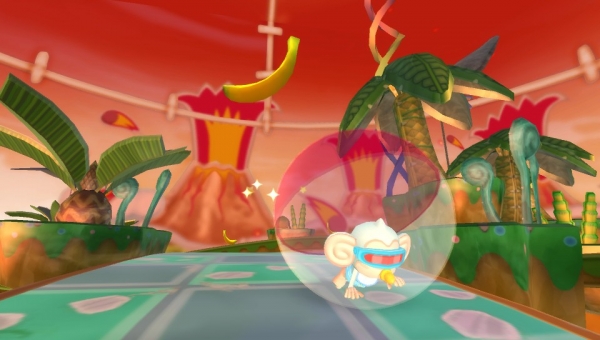 Love Maze is a newcomer to Monkey Ball, and it’s easily the most interesting of the playable demos. The game is controlled by both analog sticks, as players navigate two separate monkeys through increasingly elaborate mazes as they try to get both to the goal. Playing this mode well requires synergy between both your thumbs and requires you to try and divide your attention between both monkeys equally. There are no rolling physics here, so controlling the monkeys themselves is very easy. The trick is controlling both at once.

In addition to acting as an exercise in multitasking, the game also has a more elaborate function: testing the compatibility between you and your true love! Get a high synergy score, and the game confirms what you knew all along: you are so close to one another you can even synchronize your movements. If you fail, well…maybe it wasn’t meant to be? This is a very Japanese concept inspired by SEGA’s Let’s Go Jungle, and it also makes for a fun mini game, both by yourself and with a friend.

I was told by Aaron Webber that Monkey Fight was also going to be included, though it would be different from the Monkey Fight we saw in the original and (thankfully) SMB3D. So it may not be Monkeys with boxing gloves on springs, but it also won’t be a bad Smash Bros clone. 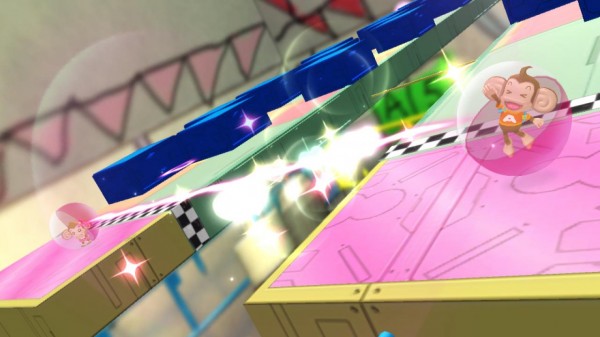 Aside from the main game and the mini games, there is also has a random stage generator created by photos you take. The mode doesn’t seem to be completed yet, given that the photos I took didn’t seem to appear in the actual stage. Still, this mode is an interesting addition to the franchise. In order to create the stage, you need to shake the Vita. The harder you shake it, the more difficult the stage is. It’s an interesting way for the game to decide the stage’s difficulty and if you shake it so hard that you lose your grip on the Vita and you bust up the screen….well that just makes the stage even harder to beat, right? No word on Boob mode heading to America, unfortunately. Keep your fingers crossed!

The demo also has motion controls. Motion controls are nothing new to the franchise, and they work just as well here as they have since they perfected them in Super Monkey Ball 2 for iOS. The motion controls are accurate and work well, though they make the most difficult stages in the demo even more impossible. It’s a good option for people who prefer to motion control of the iOS and 3DS games over analog. 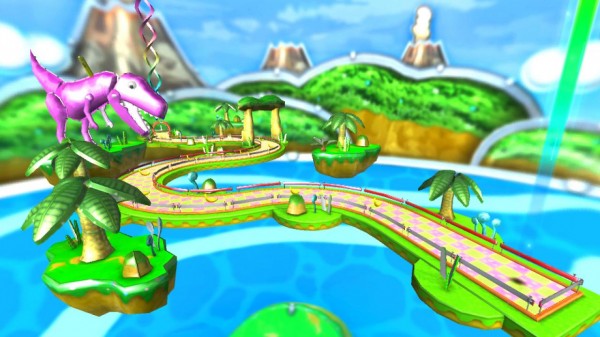 Graphically, Banana Splitz is as colorful and bright as any Monkey Ball game is. The game is sharp and free of jaggies, with the classic Monkey Ball art style looking better than ever thanks to the Vita’s horsepower. The game doesn’t look quite as nice as Little Deviants, which is probably the best example of cartoon graphics on the system, but so long as you aren’t expecting anything on the level of Sonic Generations, you won’t be disappointed. This is the best looking Monkey Ball game ever made.

Overall, Banana Splitz is the best Monkey Ball game I’ve played in a long time, and a good return to form for the franchise after SMB3D. Monkey Ball fans should be pleased. There are no silly gimmicks, no sacrifices in difficulty or features, no railings, and the mini games are either extensions of classics or all new mini games that compliment them perfectly. This lack of new innovations or massive changes to the formula may turn off people who are just sick of Monkey Ball in general or never cared for the franchise, but this game isn’t really for those people. This game is for Monkey Ball fans of all ages.  Super Monkey Ball fans, this is the game you have been waiting for. Check it out when it arrives on the Vita October 23rd!