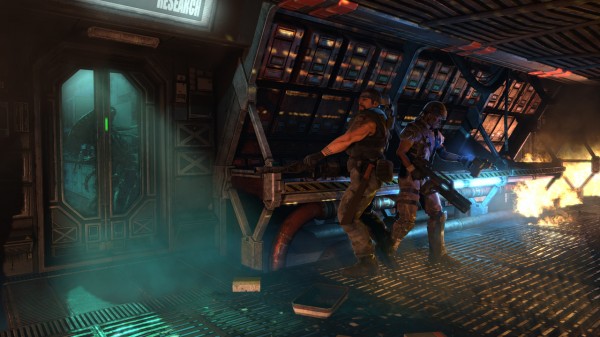 It seems that many are unhappy about the character creation system in Aliens: Colonial Marines’ multiplayer mode, specifically, in its lack of female options. It’s a strange thing indeed, especially given the importance females have played in the Alien films: according to Gearbox, however, though your multiplayer character will be customizable, you’ll only have the option to create a male.

A petition written by Aliens fan and female video gamer Melissa K has received close to 2,000 signatures since early June and can be viewed after the break. In it, she affirms her support for Gearbox Software, and specifies that their position is not one of outrage, but of something that they feel is a core part of the Aliens franchise and should be addressed.

What do you think? Should Gearbox change the multiplayer (even if it means delaying the game yet again) to allow for female characters, or is their (confirmed) presence in the game’s single-player enough? Leave your comments below and Continue Reading to check out the petition.

Aliens: Colonial Marines developed by Gearbox Software and published by SEGA is an upcoming First Person Shooter where according to the official website “You and your friends will become the most badass military outfit in the galaxy – the US Colonial Marines.”… “Enlist in the Marine Corps: Bringing you a true sequel to James Cameron’s classic Aliens…”… ” An extensive upgrade system allows players to customize their characters to play the way they want”, yet according to Brian Burleson, Producer at GBX, You CANNOT play as a female marine.

I realise previous statements made in this have been misconstrued as us being “outraged”. That is not the case. I hope the public can better understand our cause and stance with our new statement.

While we fully support Gearbox, We would like to request the inclusion of playable females. The ALIENS franchise is dominated by strong females such as Ripley, Vasquez, Ferro, Dietrich and most importantly, The Queen. There is roughly 5-6 months before the game goes Gold and releases February 12th, 2013. We believe ALIENS is the perfect starting pont for developers to start including playable females in more multiplayer shooters. And what better company to start this than Gearbox with the success of Borderlands and the benchmark shooter Brothers in Arms? There are many females that enjoy playing video games and are fans of the films who are tired of playing as a male all the time. Lets let Gearbox Software see how important this is to the ALIENS franchise!

What we want is the ability to create a CUSTOM female to represent ourselves just like the men can, in Multiplayer/Co-op in order for us to “Become a Colonial Marine” as well as accurately represent the other half of the United States Colonial Marine Corps!

The petition can be signed here.