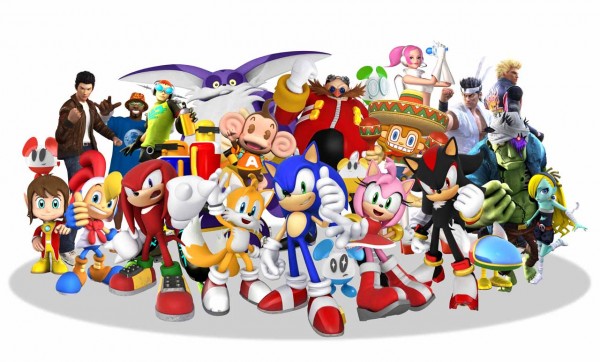 Sumo Digital has yet again commented on the number of racers found in Sonic & All-Stars Racing Transformed. This time it was Steve Lycett, also known as S0L, leaving a comment on the SEGA forums. Steve stated that over all the various platforms, there are 29 playable choices. However, no platform has all 29. Some platforms have rosters in the low 20’s, others have rosters in the high 20’s. Steve went on to state “Playable choices doesn’t necessarily equal drivers either. Not as we’re talking passengers or hood ornaments, counting those would indeed be cheap, but you know this is game all about transformation, we are doing things with the vehicles that we’ve not shown you, that are going to really surprise you.” Overall, some very cryptic stuff! Steve should really try out for the role of Gollum, because he is quite good at riddles. After the break, more from Steve as well as an assessment of his comments.

Steve continued by commenting “Across all the playable vehicles, there are currently more than 90 different forms (as each vehicle has a land, air and sea mode + you’ve not seen anything on the All-Stars…) and who said each vehicle was limited to a single driver… Or indeed vehicle type per surface.”

So what does this all mean? Well, if you remember the Zavvi product description, it was said that the game would have a leveling system for individual racers as well as modifications. Could this mean that modifications could lead to passengers that would assist you or new racers in the drivers seat? For all we know, as racers level up, new characters will become available or more fan service could slip in via accessories and paint schemes.

As for the comment of exclusive characters, many fans in the forums are getting worried that this could mean a Street Fighter X Tekken scenario where certain beloved SEGA characters become exclusive to a platform. While I think we should wait until we see the final roster before we freak out too much, I do think it’s warranted to get mad at the IDEA of this. Stuff like Avatars, Danica Patrick, Wreck-It Ralph and company exclusive guest characters like Banjo-Kazooie not being on every platform? Fine. But to make a character like Kazuma Kiryu exclusive to the PS3, or a character like Phantom R of Rhythm Thief exclusive to 3DS? Not very cool. At best, I’d hope that this means HD consoles will have more racers than the portable versions, as it was with the first game, but the number of SEGA characters is equal on all platforms within the HD console versions and the handheld versions.

We’ll have to wait and see.

Check out some Guardian Heroes wallpapers and avatars

Lock your windows! Night Trap director promises that the infamous game “will come back”