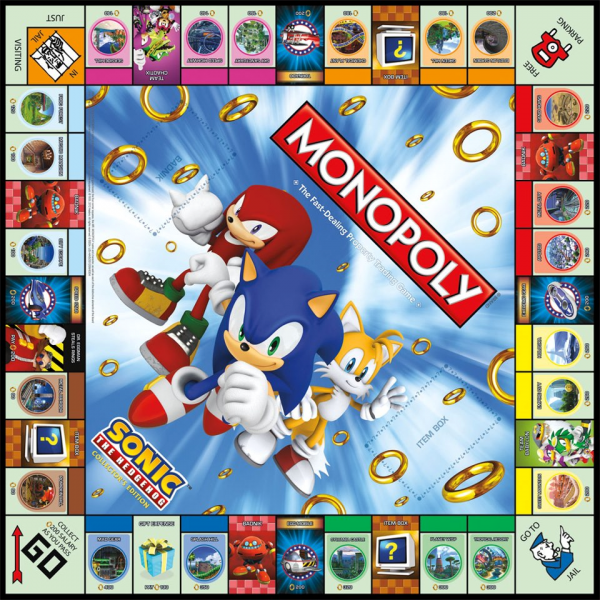 Via the USAopoly Facebook page comes the finished board for the upcoming Sonic Monopoly game. Just standing back and looking at it, it’s a really great looking board! Graphics look nice, a ton of zones and stages are represented. And unlike the Nintendo Monopoly game, thought has been put into the properties. Seriously, the Nintendo Monopoly was garbage compared to this beauty. Players bought characters like property and built houses on them. How does that work? Gives a whole new meaning to Hotel Mario. After the break, a full listing of the properties.

Special thanks to Sonic Stadium’s Blue Blood for putting together the above list. Fans have taken note that the Genesis/Mega Drive games really get the shaft with only three properties representing the classics, and all three are from Sonic Generations. Meanwhile, Sonic 4 receives three properties and Sonic Riders, a spin-off title, receives two. If you’d like to see a breakdown of which games have stages represented, check out this Sonic Stadium post. If you’re really bothered by the property selection, just use my custom Sonic Hogopoly board.