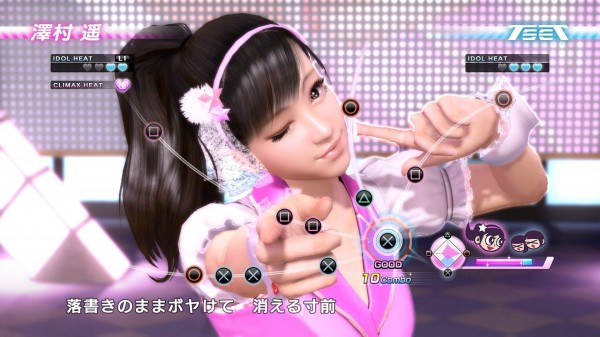 Yakuza 5 promises to take the battle system to the next level and now we know a bit more on what SEGA and the Yakuza team have in store for us. This week Famitsu ran an article detailing what you can expect in the full game later this year.

Battles will be seamless with the game’s adventure component. Be it some idiotic thugs in the streets or a Yakuza boss. It also seems that heat actions are getting upgraded to include a new action called “Climax Heat” which will be and advanced level of Heat Action.

One of the biggest questions is how Haruka will play. Well she has her very own battle system that is uniquely hers in Yakuza 5. She will have a dance battle system that will include five genres of music: Hip Hop, House, Idol, Jazz, and Rock. You will have to face off against rival dancers and try to build up your gauge. If you fill it all up you will have the ability to perform Dance Heat moves.

At the end of your dance battles, Haruka will be judged by spectators. If you win, her “expression Power” will rise. Building her expression power up will help her win the Princess League idol tournament. You can learn more about Haruka’s story here.

Not only this, the team also promises they are redoing all the areas, including new motion capture and even improved enemy AI.