Suddenly a new Ecco doesn’t seem so crazy now that SEGA has announced a sequel to an arcade and Master System classic. Zaxxon Escape, coming soon to iPhone, iPad, and Google Play devices, will be the fifth title in SEGA’s shooter series. The first Zaxxon originated in the arcade, but soon was ported to nearly every gaming console and home computer in the early 80’s. Zaxxon was revolutionary for its time, as it was the first game to feature isometric projection (pixel art that gave the illusion of 3D gameplay). Zaxxon was also one of the first games to display shadows, to show the relation of the ship to the surface of the levels, and was the first arcade game to be advertised on television. An arcade sequel, Super Zaxxon, was released as well as a third title aptly named Zaxxon 3-D, which took advantage of the Master System’s 3D glasses. A fourth, and until now, final sequel was released to the 32X by the name of Zaxxon’s Motherbase 2000. If you want to learn more about that game, check out the My Life With SEGA review.

So with all that history in mind, Zaxxon Escape is quite a big deal. So far, SEGA has only announced the game, released the above video, and a few screens which can be seen after the break. So until more information is given, I say celebrate the return of a SEGA classic. Does it hurt that the title is, at the moment, a smartphone game? Hell no! Having played a number of great space shooters on my iPad, including Space Invaders Infinity Gene and Shogun, I feel that with the right developers behind it, this could be a great game. 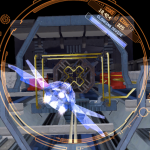 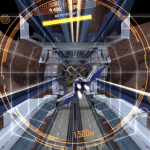 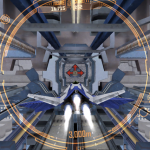 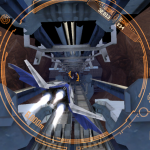 Zaxxon Escape is out now for iOS and Google Play devices