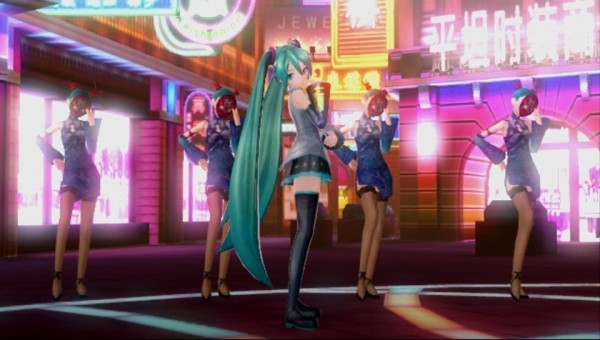 SEGA already released Hatsune Miku: Project Diva f on Vita. Notice how they now capitalized the F for the Playstation 3 version that was recently announced to be coming out in Spring 2013? Clever, clever.

Vita only features like AR and scratched notes are obviously not going to translate into the Playstation 3, so instead you have a star icon. What does it do? Sorry, SEGA hasn’t provided information on this either. Of course, this is a Japan only game as well.