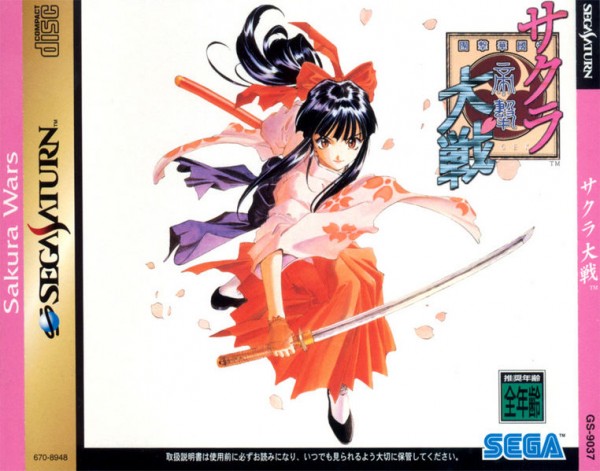 Thanks to the handy dandy translation guide from GameFaqs, I was able to get through the game with ease. The story begins in Teito in the Taisho period, where technology relies on steam power. Then we are introduced to Sakura Shinguji, the title character, who steps foot in Teito after General Yoneda summoned her to Tokyo to join the Hanagumi. Suddenly, a monster appears attacking the town. Sakura faces the demon and slays him with her sword. The story then cuts to Ogami Ichiro (the main character you play as) who was sent from the navy to work with the Hanagumi. He too sets into Teito to meet with Sakura Shinguji, who was sent by Yoneda to bring Ogami to the Grand Imperial Theater. Ogami finds himself disappointed after finding out that the formation was a Musical Drama Group. Little did he know that the Musical Drama Group was secretly a disguise of the real group called the Imperial Assault Force (Teikoku Kagekidan), a group of girls who possess spiritual power to defend Teito from demons known as Wakiji lead by Tenkai. 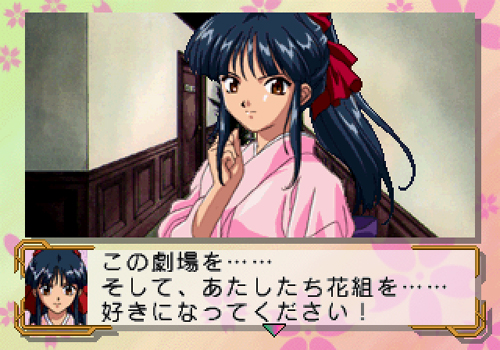 The game is split into two discs with free-movement mode where the player can talk to the characters with the use of the real time system known as the Live Interactive Picture System (LIPS) with a time limit. With choices made, including not making any choices at all, will add or deduct “trust points” with a chime. These trust points can have a dramatic change within the storyline, battle mode, and the ending with one of the girls. The game is text based, but I believe that it’s one of the strong points of the game in order for the player to know each character to the fullest such as their personal issues. For example, one of your female colleagues is traumatized by thunder when she was a little girl. 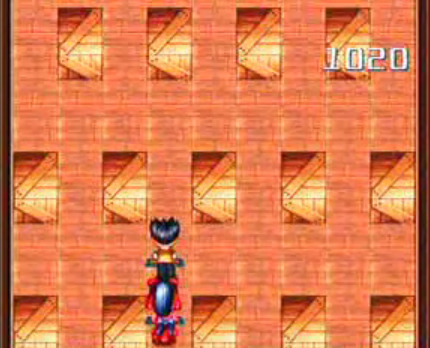 Free movement mode can be also freely accessed in “A Long Day” mode, where the player can move around the Imperial Theater and have access to mini-games, cut scenes, & music tracks after unlocking them in story mode. The minigames are fun to play through. One of my favorite minigames has to be the one where you have to help Sakura clean up the back stage by avoiding bumping into boxes and saving Sumire from drowning by swimming across the pool filled with spiked bombs. 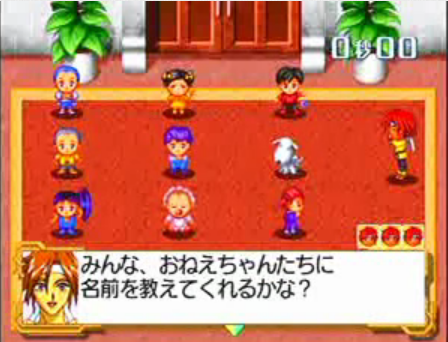 And there are some minigames that are a bit complicated if you don’t understand Japanese. 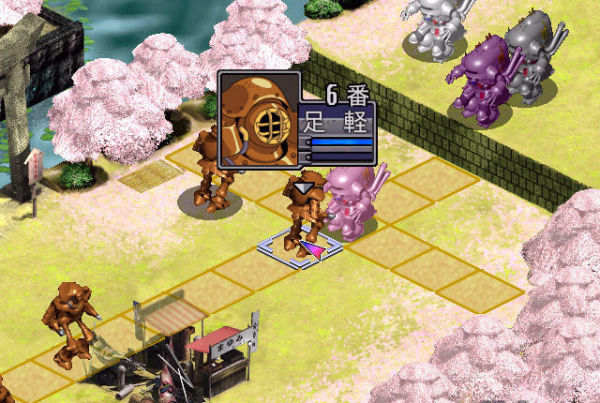 As for battle mode, the game play is quite similar to Sega’s Shining series with the use of the grid system. The battle mode takes place almost towards the end of every chapter. Graphic-wise, the background layout sort of reminds me of a combination of Golden Axe & Shinobi (No surprise that the game was developed by Team Shinobi lead by Noriyoshi Ohba). The player can command his attack squad members piloting a spirit armor called “Koubu” to attack an enemy and perform their own unique abilities. In the Dreamcast port when one of the girls attacks or is hurt by an enemy, you can see her expression on the VMU screen along with her stats. This is when the “trust points” come in handy in battle as well. 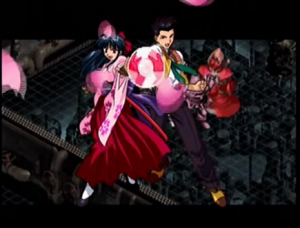 With enough trust points from one of the girls, you can perform a devastating attack against the group enemies or bosses. You can also gain trust points by protect the girl you want to end up with (Only up to 3 times). If you lose a girl in battle, your “trust points” dramatically decreases with her but when you lose, its game over. While playing battle mode, I’ve found it very simple and easy than any other SRPG I’ve played with the exception of the final boss who annoyingly yells “die” in Japanese and does cheap tactics on you. Overall, the battle mode is very simple with no complaints. 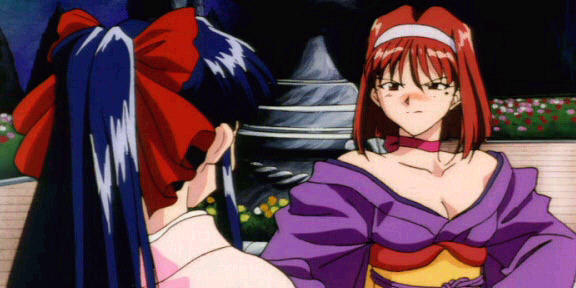 The anime cut scenes are another awesome aspect that makes the game great. It’s like the good old days where I use to watch anime on television & DVD when I was small. It has some great moments. One of the cut scenes had a “DBZ get together to defeat the enemy with the power of teamwork” moment that made me go “oh **** it’s over for you man!” The character designs were illustrated by Kosuke Fujishima, who was known for the Oh My Goddess series and story by Ouji Hiroi (creator of the story). After you’ve completed an episode, the game will show you a preview of the next episode like any other anime would.

The music, oh don’t get me started with the music! The music in the game is phenomenal, especially the main theme song called “Geki Teikoku Kagekidan” sung by Sakura Shinguji with an orchestrated touch. Each and every character in the game has their own theme songs similar to the Sonic Adventure series that gives them their background uniqueness. The outstanding music track was done by Kohei Tanaka who also did the music for the series in later sequels. The scores in battle mode are also intense within the battlefield to set in the mood. The soundtrack is beautiful… just beautiful. 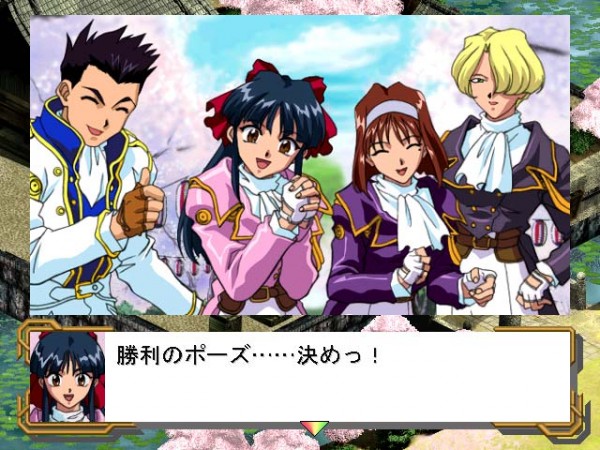 The game is 24+ hours to complete (maybe less if you want to avoid side missions) and has a high replay value if you want to complete the game with all girls by your side.  Overall, it’s one of the greatest SRPG franchises that Sega has ever produced. I enjoyed every bit of it from story to game play. Too bad this game was never translated to the West due to Sega of America & Europe believing the game wouldn’t appeal to western gamers. I however enjoyed the hell out of it. If your fan of Sega’s tactical games with amazing story telling or anime otaku, this is the game for you to import for the Saturn or Dreamcast.

• Some minigames are kinda hard to go through if you don’t understand Japanese
• The final boss on disc two is annoyingly hard (prepare to hear shi-ne alot :P)
• No US/EU release