SEGA’s longtime mascot has some cool new pieces of merchandise for 2013. First up is a Collector’s Edition of Pix’n Love’s The History of Sonic book. The History of Sonic has had a long and interesting history (well, interesting to Sonic nerds). The book began as a Collector’s Edition exclusive to France and in the French language. Soon, fans found that even if they didn’t speak a lick of French they could still order the book. Then, Pix’n Love announced an English version was to be made for the UK with international shipping available. Fans cancelled their French orders, awaited an English release and… nothing happened. That is, until Canadian publisher Udon picked up the book, refined the English translation and released it just this past December.

Just a month after the book’s release in North America, Pix’n Love’s English site has announced a Collector’s Edition of the book, which features an alternate cover, and each is individually numbered out of a total of 1,000. Aside from that, it looks to be the same book as the standard Udon edition. The price is £29.99 plus shipping, and the book is available to order now. Keep in mind, however, that the Amazon price is only $31 and the Collector’s Edition is over $47 plus tax. After the break, a bit of board game news. 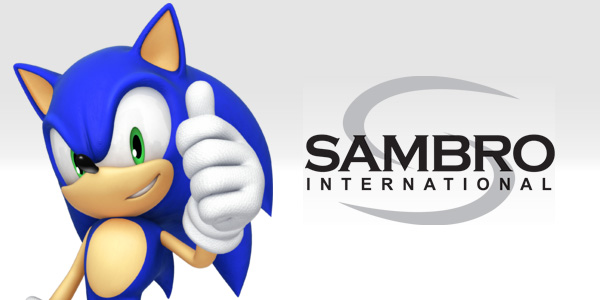 licensing.biz is reporting that Sega Europe has struck a deal with UK toy maker Sambro International to produce Sonic branded toys including: Puzzles 2 Go, board games, action games (including Pinball, Four in a Row, Fire Balls, Air Hockey, Super Pinball, Rapid Fire, Magnetic Scribblers) and boxed puzzles. So far, the toys will be restricted to the UK, Eire and the Channel Islands. The toys are expected to release later this year. Thanks to Aki-at for the tip.

Could these new licensing deals indicate that a new Sonic game is on the horizon?