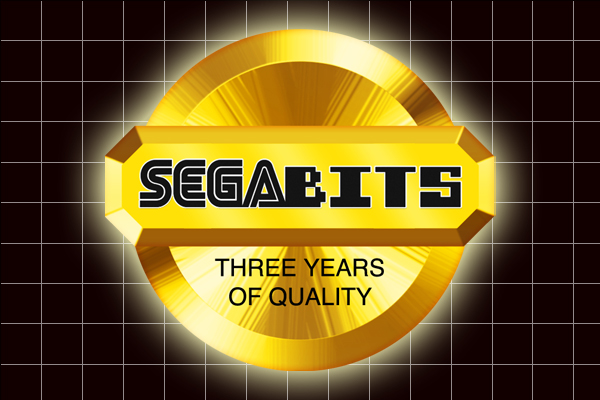 The number three is quite an important one for SEGA fans: the highly successful Mega Drive/Genesis was the third SEGA console (excluding the many variations of the SG-1000 and Master System), Sonic 3 & Knuckles is considered to be Sonic’s greatest 2D epic, and fans often request Sonic Adventure 3 and a Shenmue 3. It is fitting, then, that we make such a big deal of our three year anniversary. While three years may not seem like a long time, for a website it is quite a feat. For three solid years our writers, admins and mods have strived to bring SEGA fans the best general SEGA fan site we can. We’ve done our best to keep up to date on SEGA news and reviews, from official stories to fan projects, and strived to create as much original content as we can. As such, we are very proud of our many features including the My Life with SEGA video series, Tuesday Tunes, writer round tables, the Friday Five (which will return soon), the Sonic Talk podcast, and our general SEGA podcast the SEGAbits Swingin’ Report Show. We have also redesigned the site a number of times, but always for the better, to give readers and followers the best visual experience we can.

Of course, all of the above means nothing without a crucial element: our readers and community members. Without all of you, SEGAbits probably wouldn’t have lasted as long as it has, and would be nowhere near the success that it is. As such, we want to give a huge “thank you!” to our readers. Thank you for frequenting the site, thank you for the comments and news tips, thank you for the hours spent in our forums and thank you for making us the number one general SEGA fan site on Facebook, Twitter, Instagram, and Tumblr. Also, a big thank you to the many members of SEGA’s staff who helped us out with articles, interviews, contests, and events. You know who you are, and you’re awesome. So here’s to three years, and here’s to many more!

Check out these notable articles from our past three years: our first post, our second anniversary post, our exclusive preview of Sonic & All-Stars Racing Transformed, our interview with Steve Lycett, our interview with Nagoshi, that time we got angry at Kotaku, our incredibly long special edition podcast looking back at ten years of SEGA games, our Dreamcast marathon, why we’re glad to be SEGA fans.