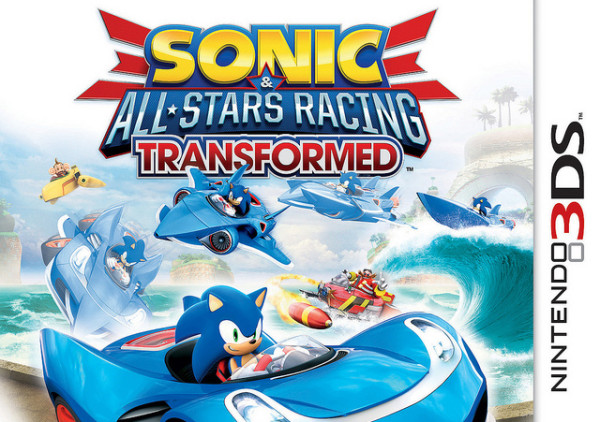 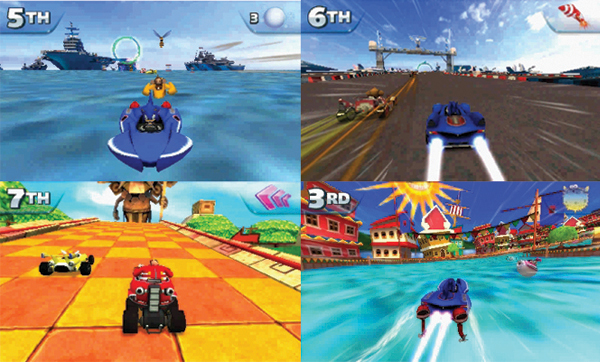 The 3DS version of Sonic & All-Stars Racing Transformed, surprisingly, retains every racer, track and track layout found in the console versions. All the basic gameplay elements including drifting, tricks, all-star moves and weapons are also intact. As such, the core gameplay that made the console version of the game so fun is all here. The area of the game which most closely matches the console version would have to be the Grand Prix mode, with the same cups and mirrored tracks present. Having said all that, fans of the World Tour mode may be saddened to learn that a lot of content has been cut, and as such World Tour is shorter and easier to complete than any other version of the game. Cut modes include Traffic Attack, Tank Battle, Ring Race, Drift Challenge, and multi-rival races. 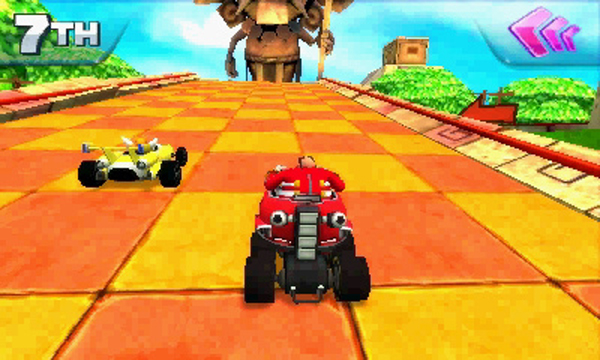 While I personally did not miss some of the harder challenges, like Traffic Attack which would have been even harder thanks to the small screen of the 3DS, the World Tour mode does suffer due to a lack of variety. Those who have logged hours on the console version, and soldiered through World Tour mode there, might enjoy the change in the way the game plays out and the ability to unlock racers at a faster rate. Other gameplay modes include Time Attack, Single Race and the ability to play both local and online matches. In another case of cut content, there are no arena modes present, however I found standard online racers to be a lot of fun and the connection to be solid.

Also of note, like the other versions of the game there are bugs to be found. Some are small and can be overlooked, others are bigger and can make-or-break a race. Unfortunately, given how the 3DS doesn’t appear to be a very friendly platform when it comes to patches, these bugs may forever exist within the game. On the smaller side of things, there is a bug that causes certain racers to get turned around when making a water landing after letting loose a trick. I’ve noticed this happens mostly when I pull off a trick just as I make a landing, which I’ve since avoided by not tricking so soon to hitting the water. Another is the game’s tendency to register a transform trick as a failed stunt, despite the trick being pulled off well before the vehicle lands. Again, not a common occurrence but an annoying bug that can be typically avoided. A larger bug is a rare, but annoying, glitch in which a racer is unable to pull off tricks after unleashing an all-star move. Restarting a race will clear up the problem, but it is an annoying occurrence that has happened three times during my five hours of play. 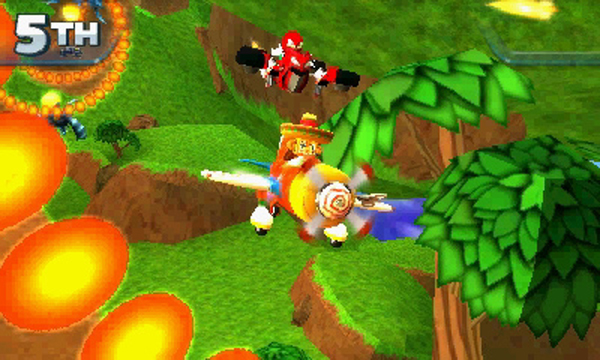 The screens in this review really don’t do the game justice. While Sonic & All-Stars Racing Transformed isn’t the best looking 3DS game available, it is one of SEGA’s best efforts on the platform. Colors are vibrant, tracks and racers are detailed and there are a lot of cool in-game effects that lend themselves to being seen in 3D. As I’ve mentioned, track layouts are 1:1 with the console versions of the game, but this isn’t to say that the graphics are 1:1. I’ve noticed select cameos that have been trimmed, more grandiose track transforming moments that are gone and subtle elements that are also missing. None of these cuts impact gameplay, though the might detract from the experience players remember on the console and even the Vita version.

The elephant in the room in the frame rate, and yes as others have reported it is low. It’s not game-breakingly low, but it is the one thing that Mario Kart 7 fans will surely point to and say “See!? See!? Nintendoes what SEGAdon’t!”. Upon my first race I noted that the game was nowhere near as slick as the console versions in frame rate, but found myself quickly adapting to it and enjoying the game. In fact, I ended up placing 1st with the difficulty set at medium. There are moments, particularly in select races where the track undergoes a big transformation as you enter the next lap, where the frame rate stutters to a halt before picking back up a second later. Had this area of the game been perfected, the game would be much better for it, but as is it isn’t as bad a minus as some are making it out to be. 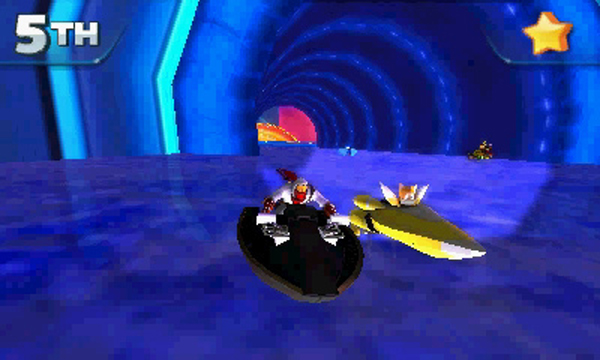 One of the coolest features of Sonic & All-Stars Racing Transformed is the soundtrack from SEGA music legend Richard Jacques. Unlike the DS version of the first game, the 3DS offers up console quality music, though fans with a keen ear will note that some music tracks have been truncated due to the limited space on the 3DS card. So yes, bits like the second half of the Graffiti City track music is absent. Like the aforementioned missing cameos and track transformation elements, the trimmed music does not detract from gameplay but does lessen the impact on your SEGA fan senses. Sound effects and voice samples appear to be intact and work well enough to contribute to the fun and chaotic nature of races. 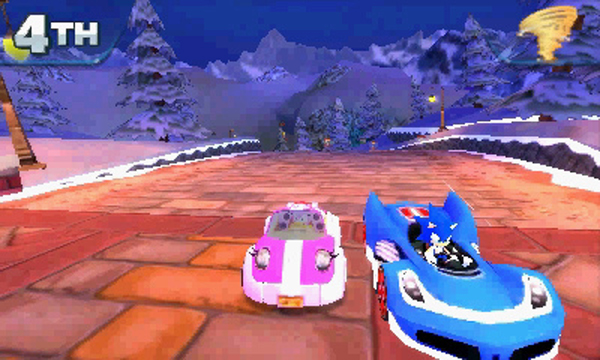 While trimmed content, frame rate and a handful of glitches hold the 3DS version of the game back from receiving the “A” grade of the console versions, the game still retains what I deem to be very important aspects of the All-Stars Racing Transformed experience. Racer and track rosters are strong, as is the track design. The core racing gameplay is just as fun as what can be found on consoles, despite a frame rate that takes a race to get used to. Controls are mapped out well to the 3DS control scheme, with two possible layouts that should satisfy racing fans. If you’ve played, and loved, a console or PC version of the game and own a 3DS, pick the game up. It’s great fun to play on the go. But if you have the option, I would go with the Vita for the best possible portable experience.